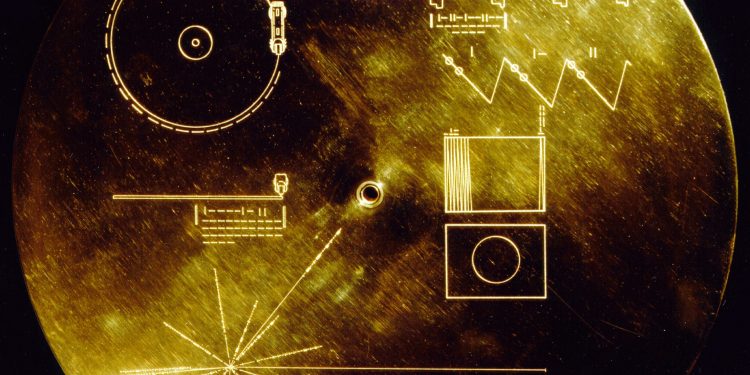 On board each Voyager probe is a golden record, with sounds and images that show life on Earth.

Over the past few decades — and more aggressively in recent years — NASA’s been slowly shutting down non-essential instruments on its Voyager spacecraft, to save power. If all goes well, it could stay energized until about 2030. But after that, the spacecraft will likely be on their own, which scientists planned for.

“When the spacecraft don’t have enough power to transmit a signal back to us on Earth, they’ll continue in the direction they’re going, which over hundreds of thousands of years is around the center of the Milky Way Galaxy,” Suzanne Dodd, project manager for the Voyager mission at NASA’s Jet Propulsion Laboratory, told Insider.

“It’s a little piece of the Earth that’s traveling out away from us and through our galaxy.”

When Voyager 1 and 2 launched into space in 1977, each carried on board a golden record — an interstellar collection of human sounds and images meant to represent life on Earth for any alien civilization that might come across it.

Over the decades, the twin probes hurtled through space at a rate of 35,000 miles per hour, sending back detailed views of Jupiter, Saturn, Uranus, Neptune, and their moons. After completing grand tours of our solar system, Voyager 1 and 2 entered interstellar space in 2012 and 2018, respectively. That makes them the most distant human-made objects from Earth.

This image of astronaut Ed White during a spacewalk is part of the collection included on the golden record.

Mounted on the outside of each spacecraft is an identical gold-plated copper record protected by an aluminum case that, if discovered by aliens, represents humanity. As NASA puts it, the records “communicate a story of our world to extraterrestrials.”

In order to illustrate life on Earth to any aliens that come across it, the golden records contain instructions — using the universal language of math and science we would expect extraterrestrials to have in common with us — on how to extract a trove of sounds, music, images, and diagrams showing human anatomy and humanity’s location in the galaxy.

The 115 analog photographs — encoded as audio signals — include a snapshot of a woman licking an ice-cream cone, a man taking a bite out of a sandwich, and a man drinking water, to show how humans eat. The record also includes photos of the Great Barrier Reef, the Taj Mahal, Ansel Adams landscapes, and more.

It contains greetings to prospective otherworldly beings in more than 55 languages and a 12-minute compilation of sounds from Earth, including thunder, the calls of a humpback whale, brainwaves, and a kiss. The cosmic mixtape also has nearly 90 minutes worth of music from around the world, ranging from Chuck Berry’s “Johnny B. Goode” to a Navajo chant.

A photo of a musical score with a violin was included on the record.

The record includes a copy of a letter penned by Jimmy Carter, who was president when the twin probes launched:

“This is a present from a small distant world, a token of our sounds, our science, our images, our music, our thoughts and our feelings. We are attempting to survive our time so we may live into yours,” Carter wrote, adding, “We hope someday, having solved the problems we face, to join a community of galactic civilizations. This record represents our hope and our determination, and our good will in a vast and awesome universe.”

This image of woman looking at an X-ray photo of what seems to be her own hand, was included on the golden record.

Astronomer Carl Sagan, who helped design similar physical messages to send to space aboard the Pioneer 10 and 11 spacecraft, was tapped by NASA to head the creation of Voyager’s records. He asked for help curating its contents from science writers Timothy Ferris and Ann Druyan, who recorded her own heartbeat and brainwaves for the record.

“The spacecraft will be encountered and the record played only if there are advanced space-faring civilizations in interstellar space,” Sagan wrote, according to NASA. “But the launching of this ‘bottle’ into the cosmic ‘ocean’ says something very hopeful about life on this planet.”