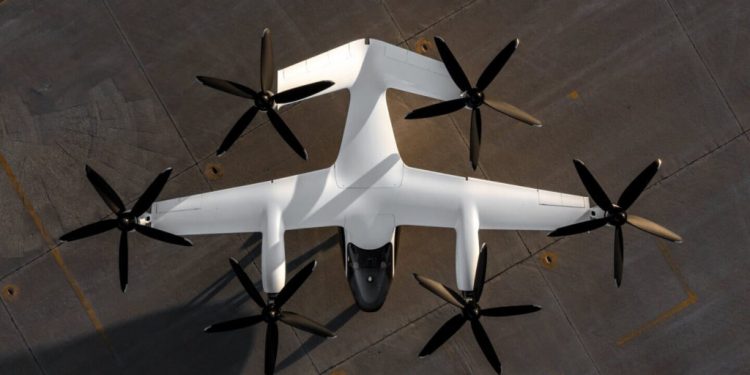 The companies that produce the eVTOLs promise that these electric air cabs will be much quieter than helicopters and virtually silent. It would be possible to fill the skies with hundreds of these vehicles without exposing city dwellers to additional noise pollution.

Joby Aviation evaluated the acoustic performance of its eVTOLs while working with NASA as part of the Advanced Air Mobility National Campaign. One of Joby’s “helicopters,” an S4 prototype, flew over a NASA mobile acoustic array. It is a field array of more than 50 microphones. The prototype flew at different altitudes and speeds to model its acoustic signature at different stages of flight.

45.2 dBA when flying at 500 m overhead and 65 dBA at 100 m on takeoff: Joby’s eVTOL will be much quieter than a helicopter and closer to the level of normal urban sounds. Joby Aviation.

The company has released the numbers from these tests. First, when the S4 flies overhead at 100 knots (185 km/h) and at an altitude of 500 m, the noise level is within 45.2 dBA on the ground. This is somewhere between “refrigerator” and “rain sound” on the decibel chart. According to Joby, the sounds of the cars “will be barely noticeable against the urban environment.”

Second, during takeoff and landing, noise levels measured at 100 m from the helipad remained below 65 dBA in more than 20 tests when the aircraft was ascending or descending from a height of 44 m. On the decibel charts, it’s somewhere between “normal conversation” and “vacuum cleaner sound.”

The bottom line is that Joby’s eVTOL will be much quieter than a helicopter, and closer to the level of normal city sounds.

Russia and US have doomsday planes: How and where they will fly in case of doomsday