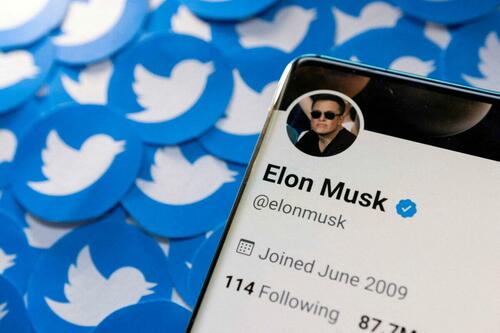 Twitter has won its bid to fast-track its lawsuit to force Elon Musk to buy them, after the social media giant sought to resolve the case in a four-day trial in September, while Musk wanted to push the case until February 2023.

The trial will be held over five days in October, giving Musk’s legal team little time to process a mountain of discovery.

Delaware judge Kathaleen St. J. McCormick made the ruling via a Zoom hearing, after announcing that she tested positive for Covid-19.

Twitter filed suit last week seeking to force Musk to complete the deal, and requesting a Sept. 19 start for the non-jury trial. Lawyers for San Francisco-based Twitter are arguing they need only four days to prove the world’s richest person should honor his agreement to pay $54.20 a share for the social-media platform.

Musk’s legal team responded that Twitter’s attorneys are unfairly pushing for a “warp speed” trial. The billionaire says Twitter violated the terms of the buyout deal by not turning over detailed information about so-called spam bot accounts within its system. The case requires a “forensic review and analysis of large swaths of data” about the bots along with other legal issues, Musk’s lawyers said in a July 15 filing, seeking a February trial date. -Bloomberg

Twitter had accused Musk of “attempted sabotage” of the social media company, and argued that they needed to fast-track the trial because uncertainty over the deal inflicts harm on the company “every hour of every day.”

According to Boston College Law School Professor Brian Quinn, “The hearing will be one where Twitter can’t win, but it can definitely lose,” adding “If Twitter is unable to get the litigation fact-tracked, then for all intents and purposes, Twitter will lose this litigation right at the outset,” according to Yahoo Finance.

Quinn also said that Twitter faces the risk of running into the merger agreement’s Oct. 24, 2022 “drop dead” date – which would allow either party to walk away. According to Musk’s team, litigation filed by either him or Twitter automatically pauses that date.

Musk contends he’s backing out of the deal because Twitter isn’t providing him with data regarding the number of fake accounts, known as bots, that operate on its platform — and in some cases, spread disinformation. Twitter says the bot issue is a pretext for backing out of the agreement, and that Musk has been deliberately trying to tank the deal with a series of disparaging tweets. The uncertainty surrounding the transaction, the company argues, is unfairly disrupting its stock and business operations. -Yahoo Finance

“Millions of Twitter shares trade daily under a cloud of Musk-created doubt,” Twitter claimed in a court filing which argued for a September trial date.