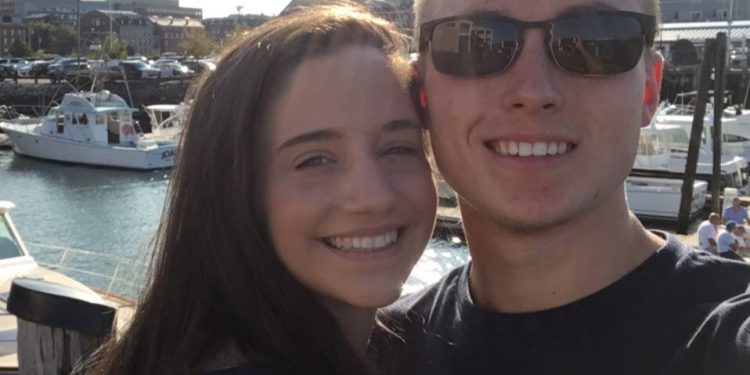 Rachel Linehan and her partner, Dan, have seen their budget drop nearly $100,000 since January.

Rising US interest rates designed to slow inflation have priced more than 9 million homebuyers in America out of the housing market since the start of the year, according to a leading property economist.

Nadia Evangelou, senior economist and head of forecasting at the National Association of Realtors, said more than 3 million millennials had been priced out of buying a home since January, with the average monthly price of paying off a home in the US rising by nearly $270.

The US Fed has increased interest rates twice this year, with six more rate hikes expected by the end of 2022. That has already led to a big jump in mortgage costs, with the 30-year fixed-rate average now exceeding 4.7%, after beginning the year around 3%.

Evangelou said affordability had fallen through the pandemic as house prices rose more quickly than incomes. At the same time, more people were buying second homes with their increased equity, while cash transactions and purchases by investment groups jumped.

In California, the NAR said the monthly cost of paying off the median mortgage is nearly $500 more than in January, with fewer than 30% of first-time buyers in the state able to buy a home.

The NAR estimates investors make up 22% of buyers across the US, compared with 15% a year ago, while all-cash offers account for 27% of purchases against 19% in early 2020. Conversely, the share of purchases by first-time buyers fell to 27% from 33% last year.

“As more people compete for that smaller pool of homes, prices will go up,” Evangelou said.

But although housing affordability may be plummeting, that doesn’t mean Americans are likely to lose their homes if the real estate bubble bursts, Insider’s Ben Wick reported.

Still, many homebuyers remain frustrated at the situation.

Actuarial accountant Rachel Linehan, and her partner Dan, both 23, have been trying to buy a home in Framingham, Massachusetts, for the last four months. In that time, she said that a “pretty brutal” market of rising rates had shrunk their budget by up to $100,000, limiting the range of available homes in their preferred area.

Linehan recalls arriving at an open house viewing and waiting in a line stretching around the corner. She felt she and her partner had a “pretty good shot” of buying a home, with a good salary, no debt, and no kids.

A falling margin of affordability has been exacerbated by supply shortages, which Evangelou said are the worst on record, with 850,000 homes for sale in January.

She said it means the availability of homes for middle-class buyers has fallen 60% since the beginning of the pandemic, with one affordable listing for every 125 households now compared to one for every 45 households in 2019.

Jonathan Tatum, a 27-year-old revenue data manager, finds he is routinely competing with up to 40 other buyers to purchase a home in Atlanta, Georgia.

Buyers’ newfound willingness to pay the appraisal gap, which is the difference between the bank’s valuation of a home and the price under offer, was locking Tatum out.

Other obstacles, like a growing trend of unpaid rent-back agreements, where sellers demand to live in their home after sale rent-free until they find a new property, made most offers a non-starter, he added.

“Waiting is only going to make it worse”

Tatum, who has grown numb to rejection, sees no other option than to continue to try and buy, having seen prices rise since he graduated from college in 2018.

He said: “I don’t see people magically wanting to not own a home. If you want a home, it’s probably because you don’t want to rent anymore.

“Waiting is only going to make it worse.”

It is a sentiment echoed by Evangelou, with the NAR forecasting sustained price rises, though at a slower rate of between 4% and 6% this year.

“If you are in a position to buy a home, if you feel financially secure, just go for it. Because don’t expect mortgage rates to come down,” Evangelou said.

Economists at the NAR say the only solution is for a strong push to build more houses in the US to accommodate a growing market of priced-out Americans. Until then, growing numbers will continue to fight for a shrinking stock of homes.