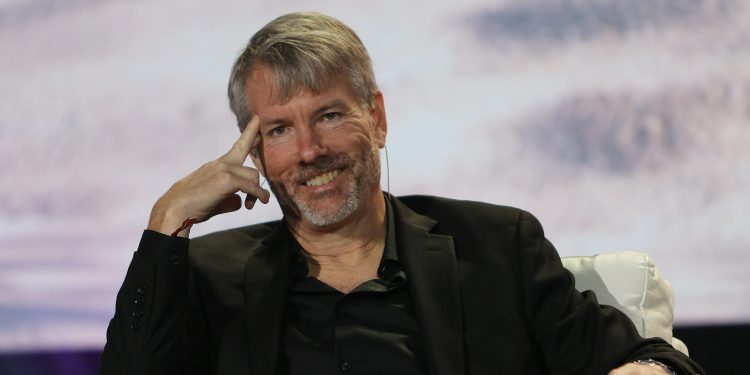 MicroStrategy investors should not worry about a potential margin call on its loan backed by bitcoin as the software maker has plenty of collateral to pledge if needed, CEO Michael Saylor told Bloomberg on Tuesday.

“As long as the Silvergate loan remains collateralized with an LTV less than 50%, there is no margin call,” Saylor wrote in an email to Bloomberg, referring to loan to collateral value ratio. “We manage accordingly.”

MicroStrategy’s stock rose more than 3% during Tuesday’s session after Monday’s 25% plunge on fears of a margin call as bitcoin plummeted.

Bitcoin’s recent sell-off has pushed the cryptocurrency’s price towards $21,000. The company in May said bitcoin would need to fall to around that price before a margin call would be triggered on its $205 million loan made by a unit of Silvergate Bank. MicroStrategy may contribute more to the collateral package so it never gets there, the report said.

Bitcoin on Tuesday traded at $22,284.76, paring losses to 1%. MicroStrategy took out debt to buy bitcoin at higher prices. It owns almost 130,000 bitcoin on its balance sheet, purchasing them at an average price of $30,700 over the past two years.

“When @MicroStrategy adopted a #Bitcoin Strategy, it anticipated volatility and structured its balance sheet so that it could continue to #HODL through adversity,” Saylor wrote in a Tuesday message to his 2.5 million Twitter followers.

Bitcoin has tumbled alongside stocks on broader investor worries about rising interest rates and slowing economic growth, pulling the value of the cryptocurrency market to less than $1 trillion.

MicroStrategy shares have declined roughly 70% this year. Silvergate Bank’s parent company is Silvergate Capital. Its shares rose nearly 4% on Tuesday but have lost more than 50% during 2022.