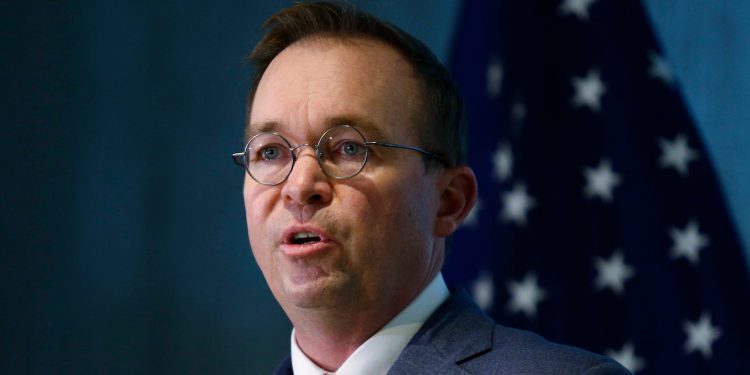 Former White House chief of staff Mick Mulvaney on Wednesday urged his fellow Republicans to pay closer attention to the January 6 hearings that have painted a devastating picture of his former boss, President Donald Trump.

“The significance of last week’s Congressional Jan. 6 committee hearings cannot be overstated,” Mulvaney wrote in an opinion piece for the Charlotte Observer.

Mulvaney, who was Trump’s third chief of staff, stressed that many Republican complaints about the congressional panel investigating the attack on the Capitol are fair. In particular, Mulvaney pointed to the lack of cross-examination of witnesses and the panel waiting to release the full transcriptions or footage of their taped depositions.

But even with this in mind, Mulvaney said, the panel has uncovered shocking details. Despite the panel being controlled by Democrats, some of the biggest revelations have been from Republicans, he added.

“When Republicans start testifying under oath that other Republicans lost the 2020 election and then broke the law to try to change that, Republicans should pay attention,” Mulvaney wrote.

Hutchinson told the panel that Trump knew that there were armed supporters trying to attend his rally on January  6, 2021. Bowers testified that Rudy Giuliani privately admitted that Trump’s circle had no “evidence” of widespread election fraud. And Barr depicted a president who became increasingly unhinged after losing the election, content with spreading so many “bogus” fraud claims that it was like “playing Whac-a-Mole” trying to debunk them.

Mulvaney was among a handful of high-profile Trump officials who resigned in the wake of the January 6 attack.

Two Republicans, Reps. Liz Cheney and Adam Kinzinger, serve on the January 6 panel, though they were appointed by House Speaker Nancy Pelosi. House Minority Leader Kevin McCarthy pulled his picks from the committee after Pelosi rejected two of his selections. Trump has repeatedly expressed frustration that there aren’t more loyal Republicans defending him during the hearings.

The committee’s next hearing is scheduled for July 12. Rep. Adam Schiff, a California Democrat who serves on the committee, has said the hearing will focus on the planning for Trump’s January 6 rally that preceded the riot and how far-right fringe groups like the Proud Boys got involved.

Schiff told CBS’ “Face the Nation” that the panel hasn’t “answered all the questions that we have” about whether the Trump White House was in contact with any of the far-right groups.