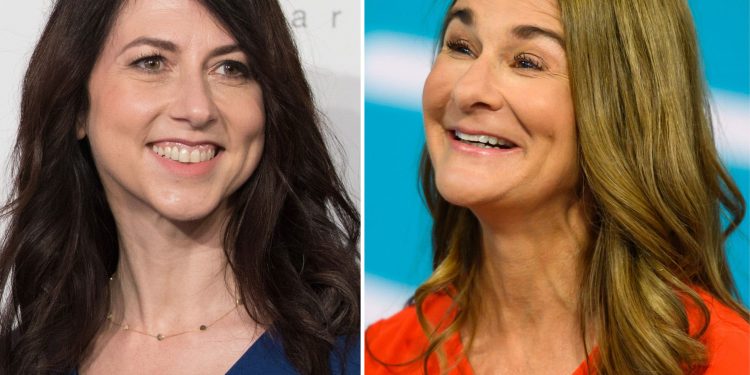 MacKenzie Scott has become one of the world’s most philanthropic billionaires, and it seems she had a familiar name showing her the ropes: Melinda French Gates.

That’s according to Puck’s Teddy Schleifer, who published an inside look at Scott’s philanthropic endeavors on Tuesday.

Scott’s operations are purposely opaque. It’s nearly impossible to get in touch with the family office — nonprofits receive cold emails telling them an anonymous donor wants to speak with them. And the entire process of receiving money — and talking about it publicly — is highly secretive, according to Schleifer.

But among the details Schleifer was able to uncover is the office’s connection with Gates, another philanthropic billionaire. A key member of Scott’s team previously worked for Gates’ venture capital firm, Pivotal Ventures, and high-ranking employees of both teams have “grown quite close and talk regularly,” Schleifer reports.

In fact, Gates’ team played a “pivotal role” in helping Scott set up her operations early on, according to Schleifer.

Since then, Scott has given away more than $8.5 billion to a wide range of organizations focused on pandemic relief, racial inequality, public health, climate change, and more. In December, Scott announced that she would no longer be disclosing how much money she gives and to whom in order to shift the focus away from herself.

“I want to let each of these incredible teams speak for themselves first if they choose to, with the hope that when they do, media focuses on their contributions instead of mine,” she wrote in a Medium blog post titled “No Dollar Signs This Time.”

Scott is currently worth $55.8 billion and appears to be making money faster than she can give it away. Scott’s fortune is derived from the 4% stake in Amazon she received following her divorce from founder Jeff Bezos in 2019 — Amazon’s share price has soared during the pandemic, placing her (and Bezos) among the world’s 25 wealthiest people.

Gates, for her part, is now worth $11.5 billion following her divorce from Microsoft founder Bill Gates. She’s been one of the nation’s top philanthropists for over 20 years, granting over $50 billion to global causes alongside her now ex-husband. But in recent years, Gates has become a powerful philanthropist and investor in her own right: she’s donated extensively to causes that support the welfare of women and, through Pivotal Ventures, has invested in a range of female VC firms and women-run startups.