MBS brought up the US abuse of Abu Ghraib detainees to embarrass Biden when asked about Khashoggi, report says 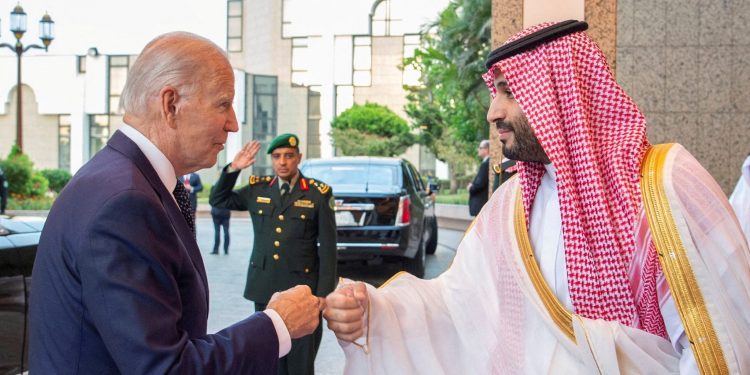 The Saudi crown prince brought up the US abuse of Abu Ghraib detainees when President Joe Biden confronted him about the murder of Jamal Khashoggi, CNN reported, citing an unnamed source familiar with the matter.

Biden said on Friday that he told Crown Prince Mohammed bin Salman, also known as MBS, that he was responsible for the killing of the Saudi journalist during their meeting earlier that day.

According to CNN’s new account of the meeting, when confronted about Khashoggi, MBS reminded Biden of the abuse of prisoners at Iraq’s Abu Ghraib prison by US forces, and brought up the the death of Palestinian-American journalist Shireen Abu Akleh in the occupied West Bank.

Saudi Minister of State for Foreign Affairs Adel al-Jubeir mirrored the comments made by MBS in an interview with CNN afterwards, saying of Khashoggi: “We investigated, punished and ensure that this doesn’t happen again. This is what countries do. This is what the US did when the mistake of Abu Ghraib was committed.”

Abu Ghraib prison became infamous after the 2004 publication of photographs depicting Iraqi detainees being humiliated and abused by their US guards, with the leak resulting in the sentencing of 11 soldiers to up to 10 years in prison.

A photo of Shireen Abu Akleh.

Abu Akleh, a journalist for Al Jazeera, was fatally shot on May 11 by Israeli forces while covering an Israeli military operation in the West Bank’s Jenin refugee camp.

Biden and his administration have faced criticism over their response to Abu Akleh’s death, which included dismissing a letter from 57 lawmakers to Secretary of State Antony Blinken and FBI Director Christopher Wray requesting such an investigation into the killing.

Biden traveled to Saudi Arabia chiefly to discuss the crisis in oil supply caused by the Russian invasion of Ukraine.

The visit came less than three years after Biden vowed to make Saudi Arabia a “pariah” over Khashoggi’s death, and Biden defended his visit as one that was necessary to help the US energy crisis.