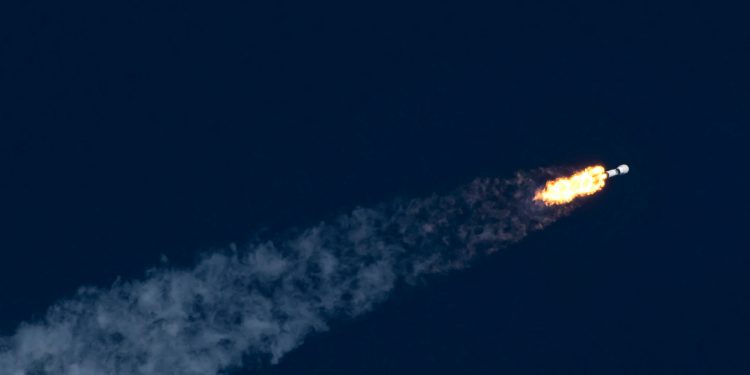 Welcome to Max Q, the TechCrunch newsletter that’s all about things blasting off. Or floating. Or I guess also crashing. Whatever happens in and on the way to space. We’re now into 2022 and already people are launching rockets.

Don’t forget to sign up to get the free newsletter version of Max Q delivered to your inbox.

SpaceX flies its first rocket in 2022

Before the first week of the year was even out, Elon Musk’s SpaceX launched a Falcon 9 with 49 Starlink satellites from Cape Canaveral in Florida on January 6, marking its first flight of the year. The company appears to be planning to keep up a quick clip when it comes to the pace of Falcon 9 flights in 2022, as it’s readying for a rideshare mission as early as January 13, and another three missions planned before even the end of the month.

Meanwhile, it’s also making progress on its preparations for the first orbital test launch of its Starship vehicle, with a test of its launch tower this week that showed how the tower’s robotic arms would operate in hefting Starship atop the Super Heavy booster that will provide it with the power to get to space. Depending on approvals, SpaceX could be ready to actually make use of that tower for an orbital test sometime around March.

NASA’s new space telescope is all set up

NASA’s James Webb space telescope, which should provide more detailed and distant imaging of galaxies beyond our own than ever before, has competed its final set of deployments, meaning all the parts that were supposed to unfurl and set themselves up post-launch have successfully done so.

That’s got to have the NASA scientists who’ve been working on Webb breathing a sigh of relief. The telescope now just has to complete some mid-flight thruster burns in order to place it in the planned and correct orbit, and then it’ll be ready to snap some photos and send them back for study.

Starlink ran into regulatory problems in India after it set up its own subsidiary to operate in the country. The company had to refund preorders after the government ordered them to stop providing satellite connectivity in the country without a valid license to do so. Elon Musk has previously been relatively brazen about his view that Starlink doesn’t necessarily need a license to operate in some global markets.

Shortly after news of the refunds came out, Starlink India’s lead Sanjay Bhargava announced he’d be stepping down.

Other news from TC and beyond