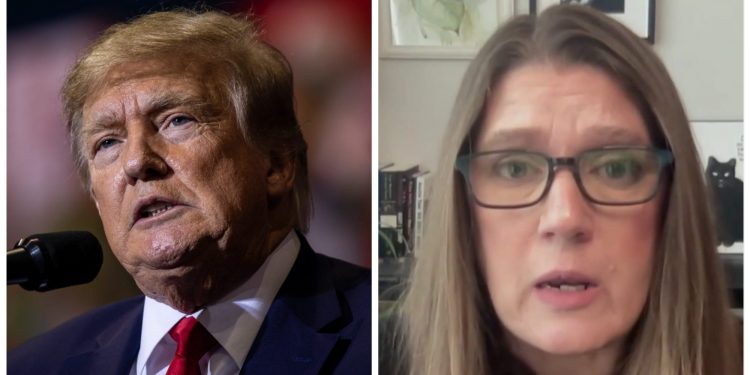 Mary Trump, former President Donald Trump’s niece, said on Friday that allegations that he had tried to contact a witness tapped to sit for a hearing on the Capitol riot show he’s “terrified and desperate.”

In a hearing earlier this week, Republican Rep. Liz Cheney said Trump made attempts to reach a witness before their testimony to the House Select Committee tasked with investigating the Capitol riot.

“After our last hearing, President Trump tried to call a witness in our investigation — a witness you have not yet seen in these hearings. That person declined to answer or respond to President Trump’s call and, instead, alerted their lawyer to the call,” she said.

“Their lawyer alerted us, and this committee has supplied that information to the Department of Justice,” Cheney continued. “Let me say one more time: We will take any effort to influence witness testimony very seriously.”

His niece Mary on Friday, in an interview with Daily Beast journalist Mollie Jong-Fast on “The New Abnormal” podcast, characterized the allegations as “witness tampering.”

“It was pressuring. It wasn’t subtle,” she said. “Again it wasn’t, ‘You can’t testify or we’ll kill you,’ but implying that he’s paying attention and he’s going to read the transcripts.

Mary said Cheney’s revelation struck her because Trump doesn’t meddle on his own.

“What is important about that to me is it is an important misstep,” Mary said. “Donald … has always been really good about keeping his fingerprints off things and having his minions do his dirty work. For him to reach out directly to the witness … suggests to me two things: he’s terrified and desperate and he’s completely overestimating his power to manipulate people. I think that that ship has sailed.”

Trump’s personal lawyer for more than a decade, Michael Cohen, said the alleged witness tampering is a sign that the former president is “melting down.”

“What it tells me is that he’s extremely nervous. Why? Because first of all, in my tenure with him, I never saw him call anybody,” Cohen said. “He would never do it himself. I think the way I know him and as well as I know him, he doesn’t trust anyone anymore, so he decided to do it himself.”