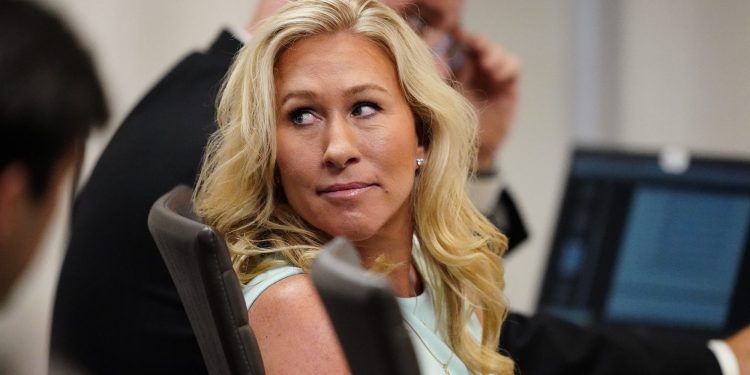 Republican Rep. Marjorie Taylor Greene of Georgia at a hearing on the challenge to her candidacy in Atlanta, Georgia on April 22, 2022.

Rep. Marjorie Taylor Greene said she believes children should learn how to use firearms to protect themselves in the event of a school shooting.

Speaking at a House Rules Committee meeting about the Second Amendment, Greene on Friday suggested the firearm training would help ward off potential danger.

“If my children are in school and a mad man with a gun comes to a school to kill people, unfortunately a psychologist is not going to be able to just talk him out of it,” she said in a conversation with Rep. Jamie Raskin of Maryland. “That is not a good way to protect kids.”

Asked by Raskin whether she thinks the students should be armed, Greene said, “I think children should be trained with firearms.”

Following the horrific Uvalde, Texas, school shooting last month she said the US is “failing our youngest generations from decades of rejecting good moral values and teachings.”

“We don’t need more gun control,” Greene said in a tweet. “We need to return to God.”

More than a dozen people died after an active shooter opened fire at the Robb Elementary School in Uvalde.

There have been 27 school shootings within the first half of 2022, according to Education Week’s tracker. In 2021, there were 34.