Lindsey Graham is ‘unrecognizable’ and ‘sycophant in chief’ to Trump, Joe Biden’s sister Valerie says in a new book 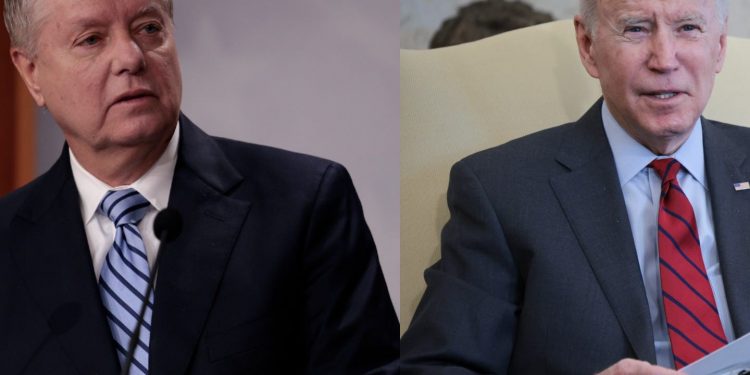 Valerie Biden Owens raises a question in her new memoir asked by many observers in Washington in recent years: “What happened to Lindsey Graham?”

The South Carolina Republican was among several GOP lawmakers who President Joe Biden had “strong relationships” with as a senator representing Delaware for 36 years, his younger sister and confidante Owens wrote in her book “Growing Up Biden.”

But once Donald Trump – a man Graham previously vilified — was elected president in 2016, Graham “became sycophant in chief,” she wrote in the book out April 12.

It was “troubling” to see her brother’s old colleagues “do nothing or at worst, participate,” as the Trump presidency brought “fresh degradations almost every day,” Owens wrote.

Graham had been a steadfast friend to the late Sen. John McCain, an Arizona Republican, and another friend of Biden’s and a foe of Trump’s. Owens suggested that after McCain died, “perhaps a part of Senator Graham’s soul died” as well.

“The man is unrecognizable to me today,” Owens wrote.

A spokesperson for Graham could not immediately be reached for comment.

Graham had long been known for working across the aisle in earlier years and Owens wrote that he was among Republican senators who traveled to Delaware to participate in “Biden Seminars” and discuss bipartisan legislation they worked on together.

Owens recalled Graham saying during a 2015 Huffington Post interview, “The bottom line is if you don’t admire Joe Biden as a person — you have a problem. You need to do some self-evaluation. … He is as good a man as God ever created.”

However, when Trump was elected president in 2016, Graham turned to making “character-assassinating comments about Joe and our family,” she wrote.

“Even worse, he became sycophant in chief to Trump when the very underpinnings of our democracy were being threatened,” she wrote. “This is incomprehensible to me.”

Graham told Politico in February that he hadn’t spoken with Biden since the president took office.

During the 2020 presidential campaign, Graham rallied heavily for Trump and called for an investigation into Biden’s son, Hunter.

Biden later said that Graham was a “personal disappointment because I was a personal friend of his.”

Graham was a key antagonist toward Supreme Court Justice-designate Ketanji Brown Jackson during her confirmation hearings — going as far as to call the judge an “activist” and airing grievances about the treatment of previous nominees tapped by Republican presidents — before voting against confirming her to the court.

Graham last week told Senate Democrats that if the GOP had controlled the upper chamber, Jackson would not have received a committee hearing.

“If we get back the Senate, and we’re in charge of this body, and there’s judicial openings, we will talk to our colleagues on the other side,” he said at a Senate Judiciary Committee hearing for Jackson’s nomination. “But if we were in charge, she would not have been before this committee.”