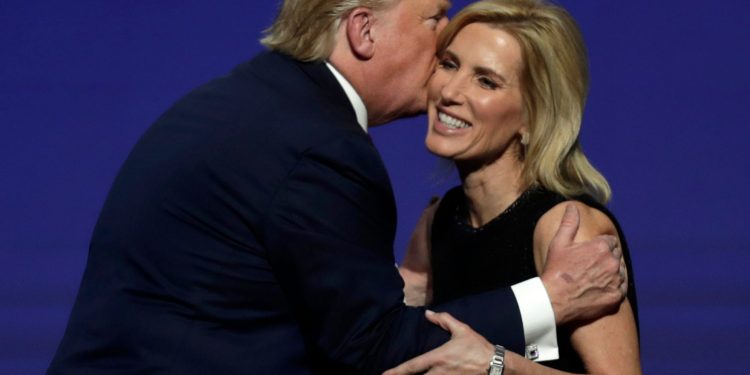 Fox was the only major news outlet not to carry the hearing live on Thursday evening, which was the House Select Committee on January 6’s first major public hearing about the Capitol attack, the efforts to overturn the election, and what then-President Donald Trump knew before and during the attack.

Committee members revealed that Trump and his allies staged “an attempted coup” and funded a misinformation campaign that “provoked the violence on January 6.” They also said that Ivanka Trump “accepted” the attorney general’s opinion that there was no election fraud, and that several Republican congressmen asked for pardons following January 6.

Ingraham’s claim that the hearings “bombed” came as she responded to criticism from The View’s Joy Behar.

“Fox News did not carry the January 6 Committee’s live hearings last night. Shocker isn’t it? But they still had plenty to say about it,” Behar said. “The usual suspects, Tucker [Carlson] and Ingraham, dusted off their greatest hits, calling it a witch hunt, saying it’s political revenge from Pelosi, and downplayed what happened on the 6th.”

Behar added: “There were no commercial breaks last night on either show. So what does that tell you? That Rupert Murdoch is so desperate to keep his viewers away from the hearing, along with those two, that he is willing to lose millions of dollars.”

Fox News spokesperson Irena Briganti said in a comment to Insider that The View was “wrong” and that Ingraham’s show was “not commercial free on Thursday night.”

“False. We had two commercial breaks Thursday night. More fake news from The View. The hearings bombed. Deal with it,” Ingraham tweeted.

On Ingraham’s show on Thursday, she said: “In the end, this was nearly two hours of an unsuccessful, laborious attempt to connect the dots back to Trump, to a coup that never happened.”

During other primetime shows, Tucker Carlson called the hearing “insulting” and “deranged,” while Sean Hannity said it was a “made-for-TV smear campaign against President Trump featuring sliced and diced video that fits their pre-determined political narrative.”

According to The Hollywood Reporter, over 20 million watched the hearings, with ABC and MSNBC drawing the largest audiences. Fox News’ regular programming during the same time period averaged about 3 million viewers.

In December, the January 6 committee reported that Ingraham texted former White House Chief of Staff Mark Meadows on January 6, telling him that Trump needed to call off the mob. Ingraham was one of several Fox News hosts that appeared to privately blame Trump for the riot, only to take a different position on air later that day.

“Mark, the president needs to tell people in the Capitol to go home. This is hurting all of us. He is destroying his legacy,” Ingraham wrote in a text message to Meadows during the riot.

Hannity texted Meadows as well, calling for Trump to “make a statement, Ask people to leave the Capitol.” Brian Kilmeade, a host of “Fox & Friends,” texted: “Please, get him on TV. Destroying everything you have accomplished.”