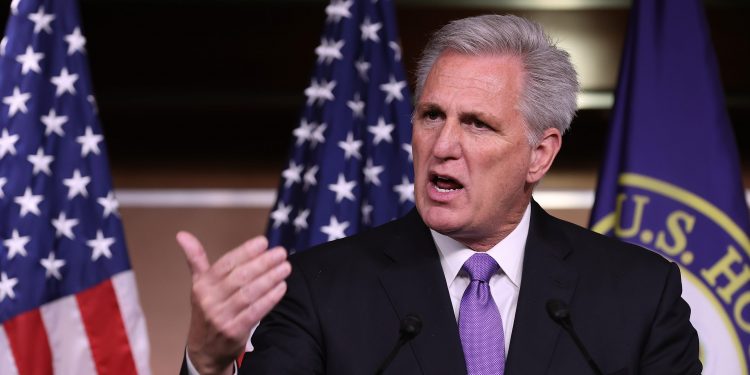 House Minority Leader Kevin McCarthy said he is considering limiting or barring lawmakers from holding or trading stocks and equities if Republicans win a House majority in November.

McCarthy told Punchbowl News that he was considering the changes, but had not yet come to any conclusions on what kind of limits or bans would be put in place.

Punchbowl News reported that new rules could only let lawmakers hold professionally-managed mutual funds or stocks in the kinds of companies that are not relevant to the committee work that they do.

The report comes as Insider’s Conflicted Congress project revealed that 52 congressional lawmakers and 182 senior congressional staffers had infringed on the STOCK Act, an Obama-era law crafted to clamp down on insider trading and defend against conflicts of interest.

McCarthy’s statements present a huge contrast to House Speaker Nancy Pelosi, who last month publicly defended the practice after Insider’s Bryan Metzger asked if she would support a stock-trading ban for members at a press conference.

“We are a free-market economy. They should be able to participate in that,” the veteran California Democrat said at the time.

When Pelosi was asked about Conflicted Congress — Insider’s five-month investigation into lawmakers’ financial conflicts of interest — she indicated that she had not yet reviewed the body of work.

Sen. Jon Ossoff, a Democrat from Georgia, is also preparing to introduce legislation that would ban members of Congress and their spouses from trading the individual stocks of corporations, many of which spend significant amounts of money lobbying the federal government and vie for lucrative government contracts.

A proposed bill that would end trades among members — the Ban Conflicted Trading Act — was introduced in the Senate last year by four lawmakers, including Jeff Merkley of Oregon and Georgia’s other freshman senator, Raphael Warnock. A House version is backed by Ocasio-Cortez and Cloud, along with additional members from both parties.