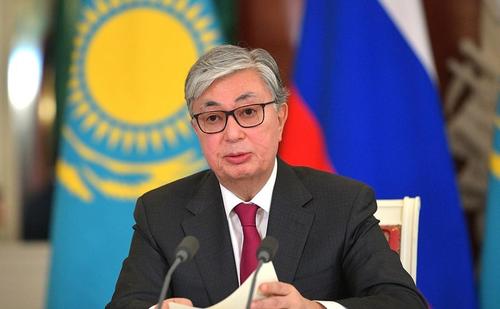 On Monday Kazakhstan’s largest city appears to be returning to some semblance of normalcy with government security forces having the streets firmly under control, following a week of deadly protests sparked by a fuel price hike but which quickly targeted the country’s rulers. At least 3,000 Russian peacekeeping forces are also on the ground, after President Tokayev had dubbed his crackdown operation as ‘counter-terrorism’. Elsewhere, anti-government protests are entering their second week.

Internet access has now returned to parts of the country, including Almaty, as the mainstay of the riots appear to have been quelled. The Washington Post describes on Monday: “For days, the streets of Kazakhstan’s largest city smelled of burned rubber tinged with the acrid stench of stun grenades. Inside their homes, people huddled, fed by rumors in an unnerving information vacuum from a cut Internet and limited mobile phone service — all accompanied by the steady pop of overnight gunfire.”

As of Sunday CNN reported at least 164 dead following the week of unrest, and the latest figures say almost 8,000 have been arrested by Kazakh security forces. The Interior Ministry on Sunday said that 16 police and national guard had been killed, with some 1,300 security officers injured in the violent protests.

In a Monday statement the Interior Ministry cited a total of 7,939 people arrested and now in detention amid the riots which saw government buildings torched and streets turned into battle-zones with running gun battles.

“I think there was some kind of a conspiracy involving domestic and certain foreign destructive forces,” Secretary of State Yerlan Karin announced on state TV Monday, according to Reuters.

Meanwhile, President Tokayev called the past week the “the worst crisis in the history of its 30-year independence” following Soviet rule. He described the events as an “attempted coup” in a virtual address to fellow members of the Collective Security Treaty Organization (CSTO).

“Armed militant groups, who had been waiting for their turn, came into action,” he said. “The main goal has become clear: to undermine the constitutional order, destroy institutions of governance and seize power. We are talking about an attempted coup d’état.”

He allged this included “foreign militants” having entered to country to fuel the mayhem, however, he didn’t point to specific evidence of this. Tokayev then turned to thanking Russia for sending the bulk of peace-keeping forces to help restore order to the country.

“I would like to give special thanks to Russian President Vladimir Vladimirovich Putin for his understanding and for the quick decision to send a CSTO peacekeeping contingent to Kazakhstan. We have been in constant communication with you, distinguished Vladimir Vladimirovich, since the first days of the terrorist attack on our country,” the Kazakh leader said.

Tokayev also didn’t admit any wrongdoing by the state. Referencing quick action by authorities to re-impose price caps on fuel prices via government subsidies, he said, “There were rallies, and the participants put forward socioeconomic and sociopolitical demands, all of them were heard and fulfilled by the state.”