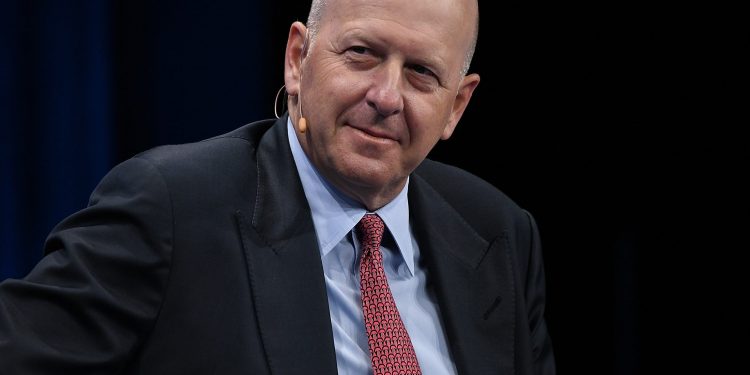 Goldman Sachs CEO David Solomon has made no bones of his desire to get staffers back to the office.

At least 11 junior bankers at Goldman Sachs have quit in recent weeks, with six of them — all first-year analysts — handing in their resignations on the same day last week, according to a person close to the bank.

The analysts and associates were members of the ultra-elite Wall Street bank’s healthcare investment-banking team, and represented about one sixth of the team’s junior workforce in New York.

“It’ll definitely be stressful to the group” to handle this chunk of bankers exiting at roughly the same time, said one current US employee at Goldman. Now, senior bankers on the team may be apt to take their feet “off the gas pedal” in seeking out new business opportunities, said a former associate who departed earlier this month.

That associate said a major factor for their departure was the payout of paltry bonuses by Wall Street standards. This person said that other associates had received year-end bonuses, which are paid to junior bankers in August, ranging between $25,000 to $75,000 — and that set off alarm bells. For comparison, the year prior, some top-performing associates earned $200,000 bonuses as a “thank you” for their efforts, the person said.

The current US employee, who has since spoken firsthand with some of the ex-analysts who left last week, said they were tired of feeling “unappreciated” by their bosses and routinely working until 5 a.m.

The person close to the bank disputed the notion that these 11 departures were an anomaly, saying that their timing reflects the spate of departures that can sometimes happen at Wall Street banks after juniors receive their bonuses in late summer. “There’s always natural turnover around bonus season, and this small number of departures is par for the course,” the person told Insider.

Goldman’s healthcare team has advised on five announced M&A transactions over the past three months, including Amazon’s blockbuster $4 billion takeover of primary-care provider One Medical. The bank’s healthcare advisory practice is the second biggest fee earner on Wall Street following rival JPMorgan Chase, according to data from Dealogic.

For all the details on what’s going on and what it could mean for the powerhouse healthcare banking team at Goldman, read Insider’s full report here.

Do you work at Goldman Sachs? Get in touch with these reporters confidentially using a nonwork device. Reed Alexander can be reached via email at ralexander@insider.com, or SMS/the encrypted app Signal at (561) 247-5758. Dakin Campbell can be reached via email at dcampbell@insider.com, or telephone/SMS/the encrypted apps Signal, WhatsApp, or Telegram at (917) 408-3732.