Jon Stewart says ‘the Supreme Court is now the Fox News of justice’ after the decision to overturn Roe v. Wade 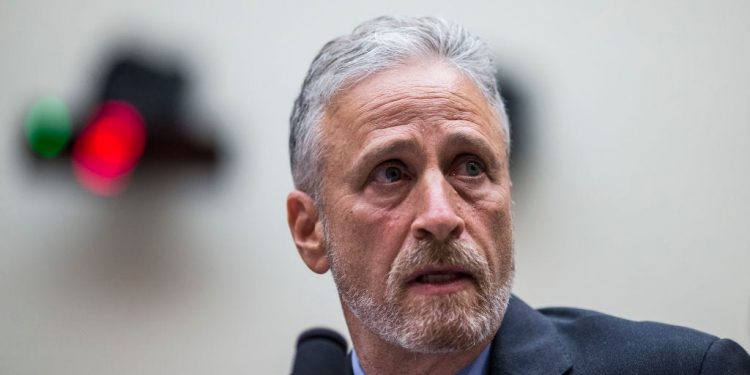 The Supreme Court is now “the Fox News of justice,” he said on talk show, “The Problem with Jon Stewart.”

“I mean, there is no consistency. States can’t regulate guns, but they can regulate [uteruses], you know?” he continued.

He said the decision to overturn Roe v. Wade does not seem to be “based in any kind of reasoned debate or philosophical education.”

The decision to overturn Roe v. Wade sparked protests nationwide. Since the decision was made public, a slew of prominent individuals from musician Jack White to lawmakers such as Rep. Alexandria Ocasio-Cortez have blasted the ruling. Attorney General Merrick Garland condemned the court’s decision, saying on Friday that it’s a “devastating blow to reproductive freedom in the United States.”

Stewart on Thursday added on to the blowback.

“It is a cynical pursuit in the same way that Fox News would come out with ‘we’re fair and balanced’ under the patina of what would be a high-status pursuit to the betterment of society, journalism,” he said. “They are a cynical political arm.”

He also railed against the justice confirmation process.

“When you look at the ridiculous kabuki theater now of justice confirmation, where they can just go out there and just fucking lie, like if this were about debate, then they would’ve understood what perjury meant,” he said.

Following the overturn of Roe v. Wade, Sens. Susan Collins and Joe Manchin said they felt misled by Justices Brett Kavanaugh and Neil Gorsuch during their individual confirmation hearings. The two senators, both pro-choice, voted to confirm Kavanaugh and Gorsuch because they assured them that they believed Roe v. Wade was law.

Both Gorsuch and Kavanaugh, however, voted to strike down Roe earlier this week.

Stewart in his criticism of the justice confirmation process joins other prominent figures who’ve spoken out against it as well.

Ocasio-Cortez, for example, said last week that she believes it’s an “impeachable offense” for a Supreme Court justice to lie under oath.