Job hunting in 2022? These 10 companies including Salesforce, McKinsey, and Meta, have the happiest employees, according to Glassdoor 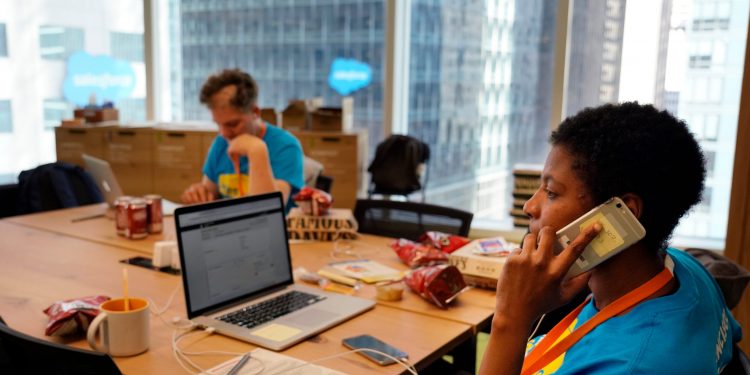 The employee reference site Glassdoor has published its annual list of the best companies to work for in the UK.

The US-headquartered ServiceNow tops Glassdoor’s 50 Best Companies to Work For 2022 UK list, which also includes big-name employers including Google, Salesforce, and Meta. The latter two made the top 10.

As the list is based solely on the content of reviews posted voluntarily by employees, it is closely watched by job seekers as it offers insight into a company’s culture and management practices.

When posting a review, employees are asked to list some pros and cons of working for their employer, as well as how they rate aspects including pay, management, and work-life balance.

At the end, they’re asked whether they believe the company’s business prospects for the next six months are positive or negative.

An AI algorithm then calculates a score out of five. Each company must receive an overall rating of 3.5, and at least a 2.5 for its culture and benefits, the totals of which are combined, in order to be considered.

ServiceNow, which makes workflow software, received the highest rating of 4.6, employees were especially happy with its approach to training and development.

The consultancy AND Digital and Salesforce, in second and third place respectively, also scored 4.6. The remainder of the top 10 all scored 4.5.

Immediate Media, which owns brands including The Radio Times and Mumsnet, is ranked fourth. The research firm Abcam came in fifth, followed by the consultancy McKinsey & Company, Adobe and cloud computing company VMware were in sixth, seventh, and eighth.

Arm and Meta, formerly Facebook, which can receive a mixed reception from applicants, completes a tech-heavy top 10.

Google is ranked 18th, having previously been second in 2021. It is the only company to have appeared on the UK list every year since it was launched eight years ago.

Along with Microsoft (13th), Salesforce and SAP (19th), Google also appeared on top employer lists in France, Germany, the US, and Canada.

Glassdoor publishes all its Top 50 lists on its website.

Apple dropped from seventh in 2021 to 23rd this year. The company has been involved in a public spat with a group of workers in the US that were unhappy at CEO Tim Cook’s hybrid working plan.

On Christmas eve, a group of Apple retail store workers walked out in protest over working conditions and sick pay.

When applying for roles at firms headquartered in Silicon Valley, tech recruiters recommend personally contacting recruiters as well as being clear in your application about how your skills can benefit the company.