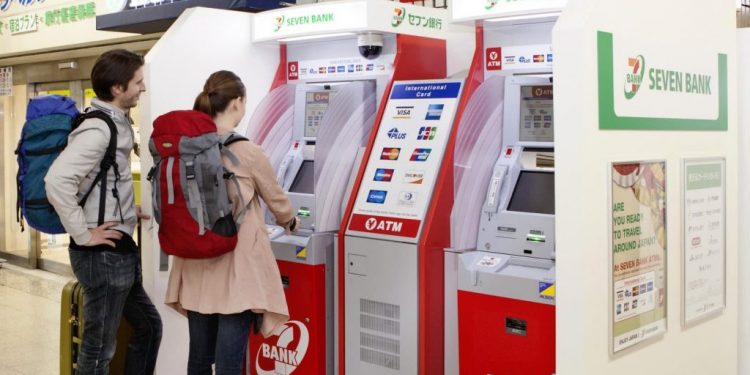 TOKYO — Seven Bank Ltd. will allow customers to open accounts through ATMs at convenience stores and other places as early as autumn 2019, it has been learned.

The bank will equip ATMs with new functions such as identity verification through facial recognition, and use the new ATMs to open accounts not only for itself but also other online and regional banks. Seven Bank is also considering offering new services using identity verification.

A person who wants to open an account must currently mail a copy of their ID and other materials to verify their identity, even if they apply to open an account online without going to a bank branch. Strict procedures are required to prevent illegal financial transactions.

The new type of ATM to be introduced by Seven Bank will be equipped with a high-performance camera and high-precision scanner. By scanning a photo ID, such as a driver’s license, and taking a picture of one’s face by standing in front of the ATM, a customer can complete identity verification procedures in seconds.
BUSINESS

The bank will start to replace existing ATMs with the new ones from autumn 2019, and install several thousand new machines mainly in major urban areas by summer 2020.

Seven Bank, affiliated with the major distribution company Seven & I Holdings Co., operates over 24,000 ATMs across the country, mainly at Seven-Eleven convenience stores, outnumbering those of three megabanks. Seven Bank partners with many financial institutions and its main revenue source is income from fees paid by partner financial institutions for cash withdrawals.