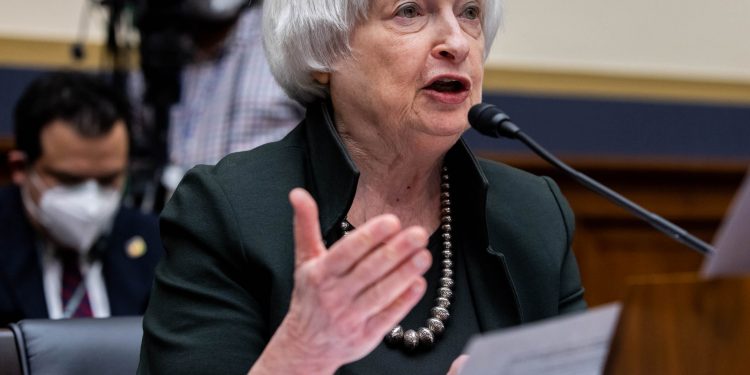 Treasury Secretary Janet Yellen said on Tuesday she wants to overhaul how Americans file their taxes for free, given the scarce use of the existing program.

Yellen said on Tuesday “about four percent” of all tax-filers used the Free File service in the 2021 tax filing season. That program is available for Americans with adjusted gross incomes of $73,000 and under.

“It hasn’t worked. We need to develop a new system,” Yellen said in a Senate Finance Committee hearing. “There’s no reason in the world that a modern economy shouldn’t have a system that makes it easy for such a large group of taxpayers to file their returns.”

“We’re certainly looking into it,” she said, adding that the organization’s chief priority is closing its huge backlog of paper returns.

Even with just the information that the IRS currently collects, about half of taxpayers’ returns could be autofilled, according to a National Bureau of Economic Research working paper written by researchers from the Treasury Department, Minneapolis Federal Reserve Bank, and Dartmouth College.

That autofilling could save a lot of money, according to the paper: About 40% of filers who would have their returns accurately pre-filled are currently paying someone to do their taxes.

If the IRS were adequately funded, Americans might be able to do their taxes for free in minutes, according to a blog post from the Treasury Department. But the issue comes down to resources, as it often does with the IRS.

It’s no secret that the IRS is ailing, according to Yellen, who described it as an agency “under siege.” The Treasury Department has been sounding alarm bells for months that the agency is underfunded and understaffed as a result of GOP-led budget cuts in the past decade.

In her testimony, Yellen said that the IRS is “horrendously under resourced,” highlighting that the agency’s staffing levels are the same as they were in 1970, and that workers use 1960s technology. Shawn Gunn, a tax examiner in Kansas City, Missouri, likened the computers at work to those in the movie “Hackers,” with dark green screens and white text. Gunn also previously told Insider he scrambled to find staples, and enough carts to move papers around.

The IRS’s underfunding impacts more than just staples, though: Buried amidst its piles of papers are millions of unprocessed tax returns from 2020, which may not be processed until December. Those processing delays have held up refund checks, which has meant it’s harder for some taxpayers to afford childcare, groceries, and even their homes.

“I think it should be very high priority for Congress to give the IRS the resources it needs,” Yellen said.