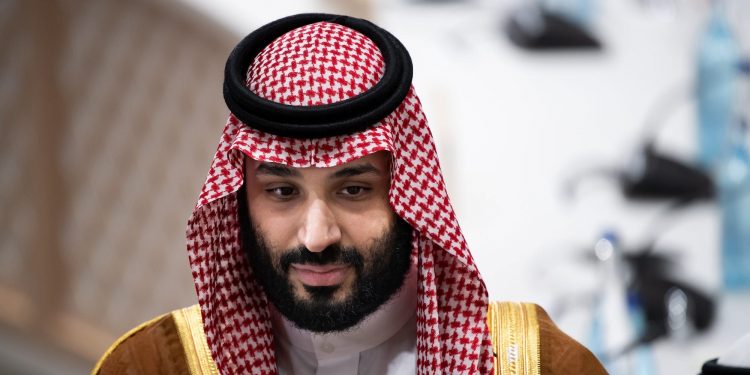 President Joe Biden is expected to meet with Saudi Crown Prince Mohammed bin Salman in the near future.

Jamal Khashoggi’s fiancée excoriated President Joe Biden over his expected trip to Saudi Arabia, which would likely include a face-to-face meeting with Saudi Crown Prince Mohammed bin Salman — the de facto ruler of the kingdom who the US explicitly implicated in the 2018 brutal murder of the journalist.

Hatice Cengiz said that by meeting with MBS, as the Saudi leader is often called, Biden would insult defenders of human rights across the world.

“President Biden’s decision to meet MBS is horribly upsetting to me and supporters of freedom and justice everywhere,” Hatice Cengiz said in a statement to CNN.

“A presidential trip to Saudi Arabia right now is going to be confirmation, validation not just that it’s business as usual but that MBS got away with murder,” Aaron David Miller, a former US diplomat who advised multiple secretaries of state on the Middle East, told Insider last week.

Dalia Dassa Kaye, a senior fellow at UCLA Burkle Center on International Relations, told Insider that Biden traveling to the kingdom would be a “serious mistake,” adding, “This is a bad deal for Biden — he’s risking his reputation and compromising on principles for modest returns.”

Khashoggi was killed in October 2018 in the Saudi consulate in Istanbul. The Saudi journalist went to the consulate under the impression that he would obtain a document that would allow him to marry Cengiz. His killing by Saudi agents sparked outrage in Washington and pushed many congressional lawmakers to call for the US to dramatically reassess its relations with the kingdom.

Biden entered the White House pledging to recalibrate the US-Saudi relationship, vowing to make the oil-rich country a “pariah.”

After years of President Donald Trump ensuring that MBS did not face consequences for the murder of Khashoggi — who was a Washington Post columnist and US resident when he was killed — the Biden administration released a declassified intelligence report that directly tied the Saudi crown prince to the killing. The Biden administration imposed sanctions in concert with the release of the report but stopped short of slapping any penalties on MBS.

Biden also said the US would cease support for the Saudi-led coalition in the Yemen war, and snubbed MBS by stating he would only communicate in an official capacity with Salman.

There were early signs that Biden would make good on his pledges — though critics, including Democrats in Congress, have accused him of falling short on issues like Yemen due to ongoing arms sales to the Saudis.

But the Russia-Ukraine war and the ensuing oil crisis, which has seen gas prices skyrocket, has pushed Biden into a corner. With midterms on the horizon, Biden is now seeking Riyadh’s help in addressing the crisis. According to reporting from CNN, senior US officials have relayed to the Saudi government that the Biden administration is prepared to embrace a “reset” of the relationship between Washington and Riyadh. That effectively means allowing shared interests to trump punishing MBS over Khashoggi’s murder.

“Both sides have decided that for the sake of achieving peace and stability in the Middle East, we need to move past it,” an unnamed senior US official told CNN in reference to Khashoggi’s killing.