Ivana Trump left Donald Trump’s presidential inauguration after getting a ‘very bad’ seat: ‘She was in shock’ 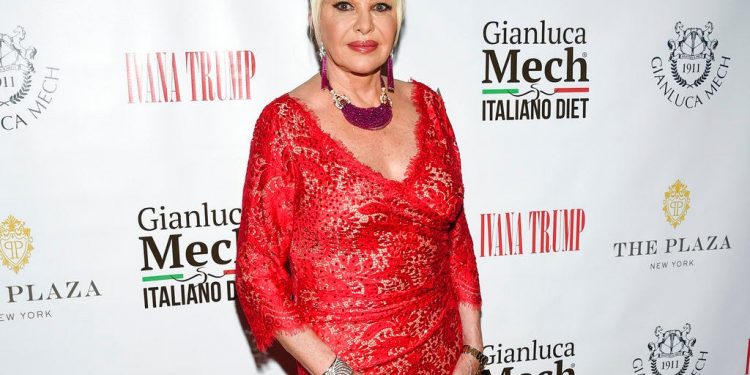 Ivana Trump was “in shock” at the “very bad seat” that she was assigned during the 2017 presidential inauguration of her ex-husband, former President Donald Trump, according to New York magazine.

Ivana — who died last month after a fall in her New York City townhouse and was memorialized at an Upper East Side service  — was known for her gregarious nature and had become one most recognizable figures in the New York social scene after marrying Trump in 1977. (The pair’s divorce was finalized in 1992.)

Massimo Gargia, who introduced Ivana to her fourth husband, Rossano Rubicondi, told New York magazine’s Intelligencer that she was underwhelmed by the seating arrangement at the ceremony.

“In Washington for the inauguration, she had a very bad seat,” Gargia told the publication. “So she left. She was in shock to see where they put her. It was a little exclusion.”

The New York Post reported at the time that Ivana left the inaugural weekend festivities early to avoid seeing Marla Maples, who was married to Trump from 1993 to 1999.

“[Ivana] had planned to go out and celebrate after the swearing-in, but when she found out that Marla was going, she canceled,” an insider told the newspaper.

While the divorce between Donald and Ivana was bitter and became tabloid fodder in the early 1990s, the former couple subsequently developed a solid relationship, especially as they raised three children — Donald Jr., Ivanka, and Eric.

During Donald Trump’s first presidential campaign in 2016, he faced allegations of sexual misconduct from over two dozen women.

Ivana refuted accounts that she had accused her former husband of rape during their contentious divorce, stating that her accusation was not of a “literal or criminal sense.”

“I have recently read some comments attributed to me from nearly 30 years ago at a time of very high tension during my divorce from Donald. The story is totally without merit,” she told CNN in a 2015 statement.

“Donald and I are the best of friends and together have raised three children that we love and are very proud of. I have nothing but fondness for Donald and wish him the best of luck on his campaign. Incidentally, I think he would make an incredible president,” she added.