It’s not just truck drivers — the semi-trucks they rely on are also facing a shortage, with some dealers already ‘sold out for the year’ 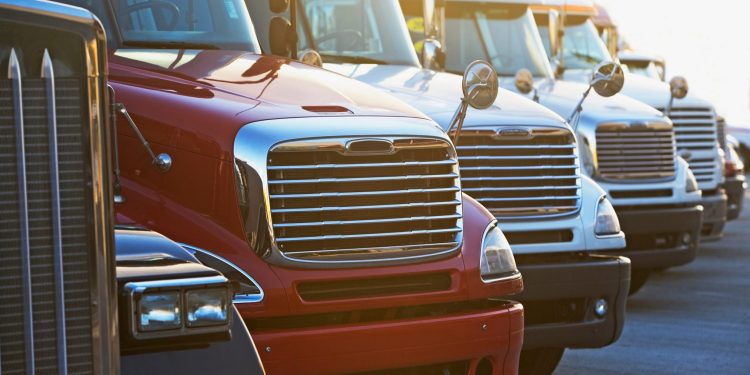 Less than a month into the new year, some dealers say they have already sold out of new semi-trucks for 2022.

Sales representatives at a truck dealership in Kansas told local news that when it comes to new semi-trucks they’ve “sold out for the year.” A local Virginia news outlet reported that several dealerships in the state were out of stock, putting potential buyers on year-long wait lists.

The global shortage of computer chips — a key component for many vehicles — slashed production levels for semi-trucks in 2021, according to a report from The Wall Street Journal. The publication reported that semi-truck dealerships were wary of booking orders for new vehicles ahead of the new year.

“Component costs are so high right now that it’s difficult for them to quote a good price where it’s profitable for the company but not excessive for the customer,” Don Ake, vice president of commercial vehicles at transportation research firm FTR, told The Journal.

The shortage has made used semi-trucks increasingly valuable. In August, J. D. Power reported that Class 8 truck sales prices climbed over 86% compared to the first seven months of the previous year. And prices are expected to continue to rise in 2022, according to J.D. Power Senior Analyst Chris Visser.

“A truck you could probably buy for $40,000 a year ago, you’re probably going to pay $60,000 for it now,” Matthew Knudson, a farmer who is in the market for a used semi-truck, told the local Kansas news outlet.

The shortage of semi-trucks piles onto concerns over a lack of truck drivers. Last year, the American Trucking Association (ATA) reported that there was a shortage of over 80,000 truckers — an issue that could wreak further havoc on the supply chain.

Truck drivers move over 70% of US freight, according to the ATA. Without enough trucks or drivers, the ports that have faced historic delays over the course of the pandemic could become even more backlogged.

On Friday, the largest ports in the nation had a backlog of 105 container ships, according to data from the Marine Exchange of Southern California. Before the pandemic, the average backlog of ships was between zero and two.