Is the Dow Jones ready for a pullback? Fed rate hike of 0.75% factored into prices and defensive stocks lead the selloff 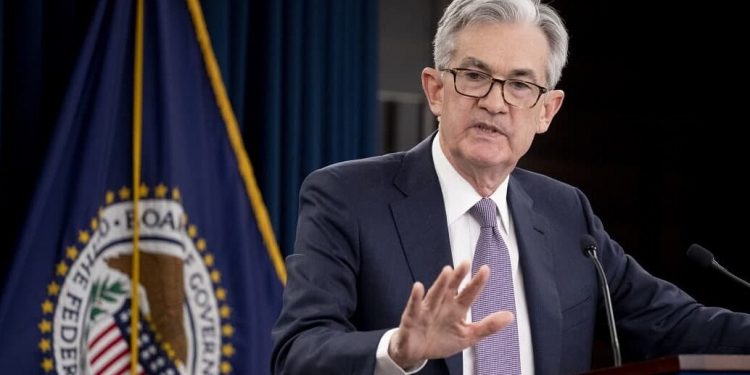 The U.S. stock market continues to be in dejected anticipation of the Fed’s decision, morally and financially preparing for further rate hikes as part of the fight against record inflation. According to FedWatch, already 90% of market participants are laying odds of a 0.75% rate hike on June 15.

The Dow Jones and the S&P 500 broad market index ended Tuesday’s trading session lower for the fifth straight day, losing 0.5% and 0.38%, respectively. After yesterday’s collapse of nearly 5%, and already down 33% from this year’s highs, let’s not call 18 hundredths on the Nasdaq Composite a gain.

Against this backdrop, bond yields continue to go up. Ten-years have already shown 3.48%, reaching an 11-year high. Analysts at the Leuthold Group are already joking: if you want to stop the stock market decline, “remove” bond yields from the market.

the main market makers in the trading session, with FedEx (FDX) posting its best daily gain since 1986, and Oracle (ORCL), which gained 14.4% and 10.4%, becoming the undisputed leaders in the S&P index

The software developer reported an increase in quarterly earnings driven by growth in demand in the company’s cloud business. And the global leader in courier services decided to raise its quarterly dividend by 53%, bringing it to $1.15 per share, as well as expanding its board of directors by an additional three seats.

FedEx also adjusted its long-term executive compensation incentive plan, which will now be based on FDX stock performance relative to the rest of the market.

In fact, the company is adopting the experience of oil companies, which have long since shifted their focus from capital investment to shareholder value dynamics backed by a strong dividend policy to reward investors. And you thought it was only on the rise in oil prices that oil and gas stocks show gains of tens of percent in a situation where the S&P 500 Index loses 22 percent over the same period.

Continental Resources wants to buy back

Speaking of oil companies. Continental Resources (CLR) stock is up 15 percent amid a proposal by company founder Harold Hamm to completely buy out other shareholders, making it 100 percent private. He has already sent a letter to the board offering to pay $70 for each CLR share, the Motley Fool reports.

At the moment, Hamm and his family own 83% of Continental. He has made it clear that he has no interest in selling his stake and is not pursuing any strategic alternative other than full control of the oil corporation.

Despite the $70 offer, CLR stock was well above the price offered at the close, $74.22 to be exact. This may indicate that investors either want to see a more decent offer from the majority shareholder, or they are not ready to part with the securities from the fast-growing energy industry at all.

It should only be noted that Continental Resources (CLR) shares grew by 60% this year alone. And over the last year, the oil company’s securities have already risen more than 100%, allowing Harold Hamm to become twice as rich during that time.

Is the Dow Jones ready for a pullback?

While a number of Big Tech’s bounced back a bit from Monday’s bearish attack, I would pay attention to another point, and more specifically, the leaders of the decline rather than the rise. In the Dow Jones, these are solidly defensive securities.

U.S. consumer leader Procter & Gamble (PG) is down 3.12%. Coca-Cola (KO) is down 2.74%. UnitedHealth (UTH) is down 1.69%. And that’s despite the fact that this company will be the main beneficiary of the impending health care reform.

I’ve written above that the market almost certainly expects a 0.75% rate hike, and moreover, it is already factored into stock prices. Therefore, the Fed’s decision can be seen as a responsible, decisive, and most importantly already positive action to fight inflation.

Jerome Powell will only have to wrap the candy in the form of a lengthy speech about the unity of the Central Bank leadership, as it is fashionable nowadays, and a firm confidence of the Central Bank in the chosen course. It’s enough to make this the best week of the year at least. Stay tuned for Fed comments, and good luck with your investments.