Iran Hails Nuke Talk Progress, But Israel Warns: ‘We Won’t Be Bound By Any Deal’ 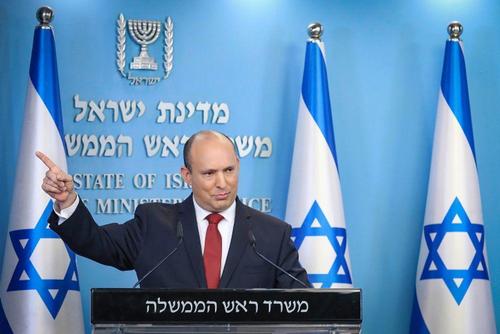 Iran Hails Nuke Talk Progress, But Israel Warns: ‘We Won’t Be Bound By Any Deal’

On Monday Iran’s foreign ministry hailed “progress” by “all parties” during the latest round of ongoing nuclear talks in Vienna. Compared to the prior pessimism coming out of the US side (which is negotiating in Vienna indirectly), the fresh statements are a rare bright spot suggesting a final restored JCPOA deal could actually be in sight.

“There has been good progress on all four issues of removing sanctions, nuclear issues, verification and obtaining guarantees” Iran’s foreign ministry spokesman Saeed Khatibzadeh told a Monday press conference. He cited “the result of the efforts made by all parties to reach a stable agreement”.

Image: Office of the Prime Minister, i24 News

“We are seeking a reliable and stable deal,” Khatibzadeh said. “If the other party thinks an unstable and unreliable agreement is to their benefit, this is not what the Islamic Republic is after.” On Sunday the Iranian foreign minister Hossein Amir-Abdollahian asserted that both sides are nearing a “good agreement”, according to the AFP.

French Foreign Minister Jean-Yves Le Drian appears to be in agreement, having said days ago that talks are progressing on a “rather positive path”. He said that momentum must be maintained toward a speedy resolution if a firm deal is to be reached.

But Israel, which is not part of the talks as it was not a signatory to the 2015 JCPOA, is continuing to put pressure on all sides with an ultimate aim of derailing negotiations. In a Monday address to the Knesset’s foreign affairs and defense committee, Israeli Prime Minister Naftali Bennett said his country won’t be bound by any future deal reached.

He pledged this means that Israel will retain “freedom of action” – meaning a military strike – no matter what kind of deal is reached with Western powers in Vienna. He vowed that “Israel will continue to maintain full freedom of action anywhere, any time, with no constraints.” Tel Aviv believes the talks are merely Tehran’s cover to buy more time to advance a covert nuclear weapons program, while the Iranians insist it’s for peaceful nuclear energy development.

Within the last months Israel’s military has increased its attacks on what it calls ‘Iranian assets’ inside Syria, including two recent major strikes on Syria’s vital Latakia port. Israeli media and officials said Iranian weapons shipments were targeted, while Damascus has said food and imported goods in shipping containers were destroyed in the aggression.