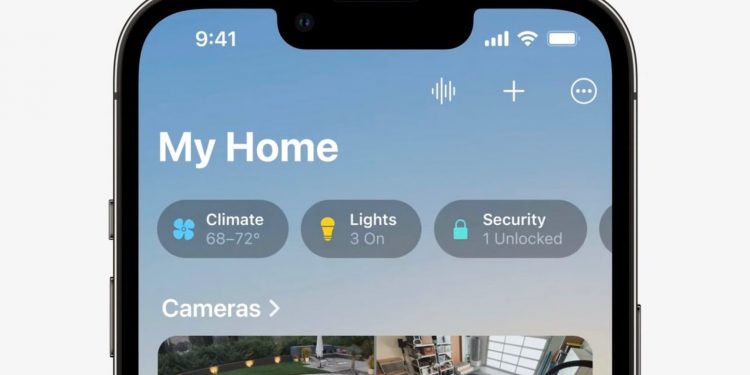 Though code in iOS 16 has indicated that the iPad won’t work as a home hub following the update, an Apple spokesperson today told The Verge that the ‌iPad‌ will indeed still be able to be used as a home hub, but with a caveat – it will not support new architecture that is being introduced later this year.

The spokesperson said that Apple is planning to “introduce a new architecture,” which could be referring to Matter, a new smart home standard that will allow for better interoperability between smart home devices from different companies and manufacturers. Apple is expected to introduce Matter support later this year.

iOS 16 and iPadOS 16 will continue to support iPad as a home hub with no loss in functionality. Alongside these releases, the Home app will introduce a new architecture for an even more efficient and reliable experience. Because iPad will not be supported as a home hub with the new architecture, users who rely on iPad for that purpose do not need to update the Home architecture and can continue enjoying all existing features.

Those who use an ‌iPad‌ for their smart home setups will need to avoid updating to the new architecture, which will be available as an upgrade in the Home app’s settings in an update to ‌iOS 16‌ and iPadOS 16. Customers who want to continue using an ‌iPad‌ will need to avoid this future update, which sounds like it is coming in an iOS 16.1 or iOS 16.2 software release.

Apple has already made it clear that iPads will not be compatible with Matter, as the ‌iOS 16‌ preview page states that Matter accessories rely on an Apple TV 4K or HomePod as a home hub, with no mention of the ‌iPad‌. So in conclusion, for the time being, the ‌iPad‌ can be used as a home hub, but things are likely to change later this year with future ‌iOS 16‌ updates.

The ‌Apple TV‌ 4K, ‌Apple TV‌ HD, HomePod, and HomePod mini will all work as home hubs with the new architecture that Apple has in the works.Related Roundups: iOS 16, iPadOS 16
This article, “iPads Will Work as Home Hubs in iOS 16, But Won’t Support New Home Architecture” first appeared on MacRumors.com