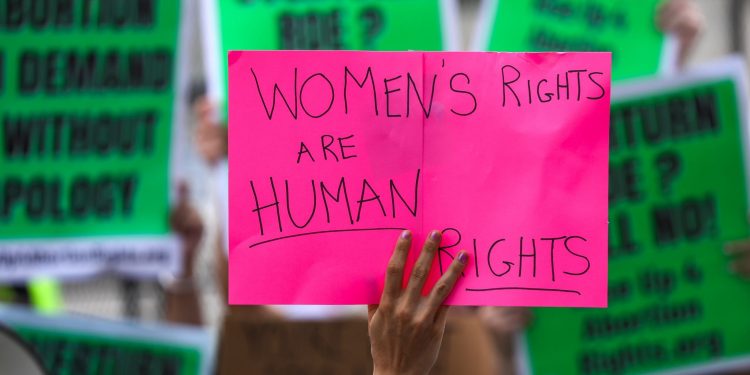 The Supreme Court on Friday overturned the landmark 1973 Roe v. Wade ruling that safeguarded access to abortion across the US. The decision Friday promoted renewed fears from digital privacy advocates who fear that online activity will be used against people who seek abortion care or advocate for abortion access in states where it becomes illegal.

“The concern about digital privacy security and data safety within the abortion access movement — people seeking an abortion — is all very real,” said Daly Barnett, a staff technologist at the Electronic Frontier Foundation, a non-profit data rights group based in San Francisco.

Digital rights and privacy advocates like Barnett warn that the data people generate when they browse the internet, search for specific terms or interact with abortion providers might be used as criminal evidence in the future.

There is the potential for law enforcement to use a person’s digital footprint against them, Barnett said, including location data and other data generated from their cell phones—as well as their search and browsing histories, the metadata attached to photos, and physical details in photographs.

In 2017, Mississippi prosecutors used a woman’s internet search history for drugs to induce abortion as part of their case against her for the death of her fetus, though a grand jury decided not to pursue charges against the woman, The Washington Post reported.

Indiana police in 2015 cited a woman’s text messages about ordering abortion pills from Hong Kong in a case against her. She was later convicted of feticide and child neglect and sentenced to 20 years in prison, The New York Times reported in 2015.

In cases where people are criminalized for their pregnancy outcomes, law enforcement could search people’s phones and computers for evidence. This can lead to significant evidence “because people live so much of their lives” through their phones, said Sara Ainsworth, the Senior Legal & Policy Director at If/When/How, an abortion-rights policy and advocacy organization.

There have also been worries on social media over the use of apps that track menstrual cycles and the data that those services and apps store and sell. However, Ainsworth said that law enforcement investigating period tracking apps seems unlikely at least in the near future, while Barnett said there has perhaps been too much focus on such apps in the discussion about data privacy related to abortion care.

“People’s digital footprint extends far beyond that,” Barnett said. “We’ve already seen cases of people’s search history being used against them as criminal evidence, and that’s outside of period tracker apps. So although that is a vector of concern, it’s not the sole vector.”

Abortion-rights advocates have long said that efforts by states to criminalize abortion by states have the greatest impact on low income people and people of color.

“The majority of people who’ve been criminalized for ending their own pregnancy or being believed to have done so are almost universally, in fact, low income folks, and they’re disproportionately people of color and immigrants,” Ainsworth said.

“The people that I am most concerned for are the people who are already at risk of being surveilled by the states,” she added. “The same people who get overly criminalized, and that’s people of color and low income people in every context.”

“Privacy should not be an opt-in model or something that we as end-users have to strive for,” she said. “It should just be on by default for everyone, for all apps.”

Abortion-rights and digital privacy advocates have issued a number of guides and best practices for safeguarding their data and minimizing their digital footprint. EFF recommends that people use internet browsers and search engines with a focus on privacy and data encryption, like DuckDuckGo. Barnett said encrypted texting apps, like Signal, are safer than other messaging apps and are useful for people beyond those in advocacy spaces.

People traveling to and from abortion protests or clinics should make sure they restrict their phone’s location tracking settings and disable ad identifiers that follow them online, Barnett said. Setting data sharing standards, such as not sending images with identifying features, and using coded language when talking about abortion are all ways that Barnett said people can increase their safety.

“We don’t want people to become paralyzed with fear and not able to approach their operational security plans because of just simply being overwhelmed,” Barnett said.