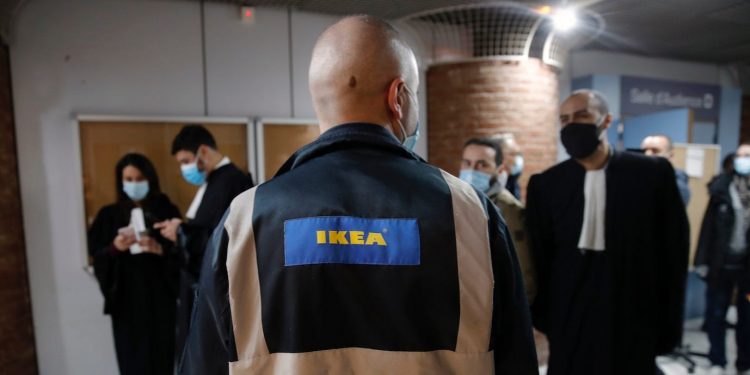 The UK division of the Swedish furniture-retailer Ikea has slashed the pay it will provide unvaccinated workers who have to isolate after an exposure to COVID-19.

Under UK policy, people who have been fully vaccinated do not have to isolate following close contact with someone infected with COVID-19, but unvaccinated people contacted through the governments electronic tracing system must quarantine for ten days after exposure.

That policy is now being put to the test as the more highly infectious Omicron strain leads to more breakthrough cases, causing many employers to see increased absences, according to the BBC.

Unvaccinated Ikea UK workers who test positive and those with “mitigating circumstances” will receive normal wages during their absence, the company told Insider, but those required to isolate under the UK’s National Health Service guidelines will only be given the legal minimum payment of £96.35 a week, or about $130.

“We know this is a highly emotive topic and we appreciate there are many unique circumstances,” an Ikea UK spokesperson said in a statement to Insider. “As such, all will be considered on a case by case basis.”

The company said that mitigating circumstances could include pregnancy or other medical exemptions, which would entitle an unvaccinated worker to continue receiving normal wages during their isolation period.

In the US, Ikea has offered up to 80 hours of sick pay, regardless of vaccination status, a spokesperson told the New York Post, adding that this policy is in line with guidance from the Centers for Disease Control. The US spokesperson also said they would not comment on the policies implemented in other markets.