How common sense leaves companies (and how to get it back) 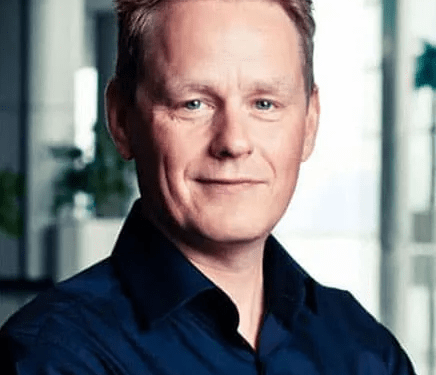 Outdated rules, endless meetings, hour-long presentations that can be summed up in one sentence… It’s not just you at work, but thousands of companies around the world.

Martin Lindstrom, author of The Department of Common Sense, is ranked by Thinkers50 as one of the best business leaders in the world. He has worked with Microsoft, Pepsi, Burger King, Lego, Google, Nestlé. In his book, Martin gives hilarious and horrifying examples of how common sense fails. And tells us how to deal with it.

We are constantly confronted with examples that show a lack of common sense.

A lack of common sense is evident everywhere people gather. This book is a road map to help you organize a common sense department wherever you work.

A Collection of Mistakes

Try to gather a collection of moments when common sense in your company fails. The travel expenses the company has been reimbursing for months, or the dozens of forms you have to fill out to solve a simple issue. When you encounter something like this, take pictures. Post them on the bulletin board, with a brief description of the problem.

Then get your colleagues together and think about how an ideal company would solve similar problems?

Find one word that describes your mission and purpose. For example, at Volvo, that word is “safety,” at Google it’s “search,” and at Disney it’s “magic. Let’s say your word is “humanity.” How can you manifest it in problem solving? If you keep that word in your mind all the time, it becomes a self-fulfilling prophecy.

Here’s one of Martin’s stories (and there are dozens of them in the book). “I’ve often noticed on flights that whenever I ask for a glass of sparkling water with ice and lemon, the flight attendants invariably bring me something wrong. Probably because they hear such orders all the time. They would forget either ice or lemon, or give me a glass of plain water instead of sparkling water.

Now, to avoid this, I ask them for a glass of ice with lemon and sparkling water. This arrangement sounds so strange that they bring me exactly what I need.”

When faced with bureaucratic procrastination, try changing your usual wording or routines to wake up those who are used to working from a pattern.

When people start working in companies, something happens to them. They begin to adhere to rules, processes, procedures, formal and informal codes of conduct that make no sense outside of the organization. From their memory is erased how they felt when a call to the helpdesk went through four departments, thereby stealing an hour and a half of their life.”

This book is for those who want to make their lives, their company’s lives, and their customers’ lives easier and more enjoyable.

Martin Lindstrom: “I hope this book helps you understand: the frustrations, limitations, headaches, entanglements and handcuffs you face every day are not just at your job.” – Source

Sometimes we get too preoccupied with technology and business, focusing on the B2B and B2C sales channels. But the most important channel of interaction that it all comes down to in the end is H2H, which is human to human.

Common sense is the ability to separate right from wrong, effective from ineffective, useful from useless. Common sense is practical. And it is built into us by nature. Why not bring it into the place where we work?

Prepared from the book, The Department of Common Sense.

The post How Common Sense Leaves Companies (and How to Get It Back) appeared first on Business.