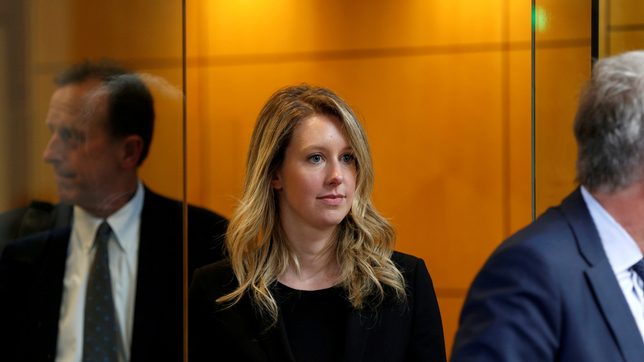 SAN JOSE, Calif. — Theranos founder Elizabeth Holmes testified on Monday that she believed the blood-testing startup could eventually develop technology for the battlefield but dismissed accusations she had touted its use by the U.S. military.

Holmes, 37, has pleaded not guilty to nine wire fraud counts and two conspiracy counts. She is accused of lying about Theranos, which had touted technology that supposedly could run diagnostic tests more quickly and accurately than traditional lab testing with a drop of blood from a finger prick.

Prosecutors have alleged that one of the ways Holmes misled investors was by leading them to believe Theranos devices were being used by the U.S. military in the field.

Testifying for a fourth day, Holmes said she did not believe she ever claimed that Theranos devices were being used on military medical evacuation helicopters.
TECHNOLOGY

Instead, Holmes said she had occasionally talked about military contracts but emphasized the company’s retail work.

Holmes also said she was disappointed the now defunct company was not able to deliver on a 2012 agreement with U.S. Central Command to create devices for testing at Bagram Air Base in Afghanistan, after spending tens of millions of dollars on the project.