“Hold on to the rod!”, or How Leaders Act 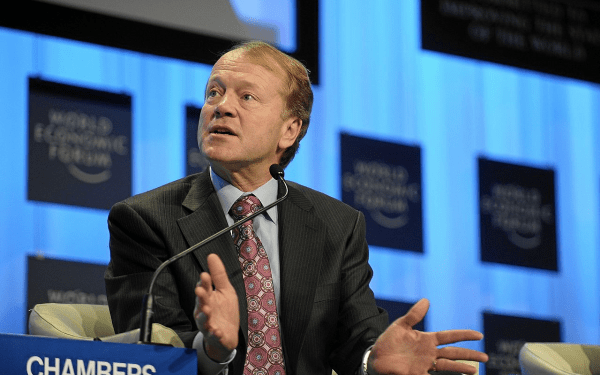 How does it come about in us that later helps us achieve the most incredible goals? We can try to answer this question by reading biographies of famous leaders and entrepreneurs. How did they work through their mistakes? How did they overcome difficulties? There is no universal recipe, each story is unique. But each one adds a little bit of precious experience.

Hold on to your fishing pole!

John Chambers is a former executive and chairman emeritus of Cisco, a company that grew to become the world’s most valuable company and industry leader over the decades he worked for.

I’ll never forget the day I almost drowned. I was about six years old at the time, and my father took me fishing. I slipped on a rock and fell into the river. The current picked me up and pulled me to the rapids. At that moment I heard my father yell, “Hold on to that rod!” Every time I reached the surface, splashing the water, I saw my father running beside me along the bank, repeating all the same words, “Hold on to the rod!”

Trying not to disappoint him, I grasped the rod even tighter and thought only of it. Eventually we got to a place where my father was able to swim up and pull me out of the water. For several minutes we sat and talked about what had happened. My father was a wonderful teacher: he always explained the reasons for his actions. He didn’t scold me for getting too close to the edge and going off. Things happen.

My father wanted me to understand why it was so important to hold on to the rod. He said that by focusing on the rod, I was less likely to panic and not try to swim to shore, which is the worst thing you can do in a situation like that. Once in the water, it was better to swim with the current and look for an opportunity to get out. But I was too young to cope on my own, and my father supported me while he looked for a suitable place to rescue me.

You can’t get rid of fear, but you can learn to control it.

How quickly you come to your senses and deal with a crisis (and I believe you have no choice but to face it) depends on whether it breaks you or makes you stronger. I know from experience that most problems have no easy solutions, and sometimes there are no solutions at all.

One of the biggest mistakes we all make-business leaders and ordinary people alike-is that we take each crisis too personally. Faced with sudden changes in fortune, we put ourselves at the center of events. These thoughts stir up a whole range of emotions, from anger and denial to a desperate desire to do something to change things.

It hardly needs explaining that resentment, withdrawal from reality, and impulsive action rarely lead to a favorable outcome. Nevertheless, most people don’t realize that this is how they react. Some apply with double zeal a business model that has been effective in the past without finding out if it still works. Others start destroying everything: laying off employees, changing management teams, closing new projects, abandoning vendor services, moving to a new location and destroying the business just because times are tough or something has gone wrong.

Things have changed, and they think they need to change, too. Such an instinctive impulse may be misguided. However, in the midst of a crisis, the first thing to do is to remain calm and objectively assess what is happening.

My father taught me this many years ago the day I fell into the Elk River, a valuable lesson I have remembered throughout my career. It can be learned by anyone.

From a guy from a simple family to Forbes 46,

Ray Dalio grew up in an average-income family, and now he’s one of the 100 most influential people on the planet and the 100 richest people in the world. The secret of his investment firm Bridgewater Associates’ long-term stability and his own success is that Ray Dalio rigorously adheres to universal principles in his life and work, which have gradually crystallized from patterns of victories and defeats. The power of these personal principles is such that they have changed the entire industry (Dalio has been called the “Steve Jobs of investing”).

from Ray Dalio: “From about the age of eight, I was delivering newspapers, shoveling snow off my neighbors’ driveway in the winter, carrying clubs and balls to golfers, cleaning tables and washing dishes at the local restaurant, putting goods on the shelves at the nearby supermarket. I don’t remember my parents encouraging me to make money, so I can’t say where I got the idea. One thing I do know is that being able to work and manage my own money, however small, at that age, taught me valuable lessons that school and games don’t teach me.

Dalio has been articulating his principles all his life, making many mistakes and reflecting on them. He had painful disappointments along the way, which led him to the principles that allowed him to avoid making the same mistakes in the future.

: “Watching the same situations repeat themselves, I began to see reality as an amazing perpetual motion machine, where causes become effects, effects turn into new causes, and so on. I realized that even though reality is not perfect, it is what we have to deal with, and therefore when problems arise, it is much more productive to solve them than to complain.

I came to realize that my trials were nothing more than a test of my character and abilities. Over time, I began to admire the fact that I was only a tiny and short-lived part of an amazing system and that it was very helpful for me to understand how to interact effectively with that system.

Can the irreplaceable be replaced?

The death of Steve Jobs in 2011 inflicted a gaping wound on one of the most innovative companies in history. Jobs wasn’t just the legendary founder of Apple and CEO of the company – he was the living embodiment of a global megabrand. It was hard to imagine anyone taking his place, much less the humble and inconspicuous Tim Cook, whom many considered to be Apple’s workhorse.

However, he took the risk of replacing the irreplaceable.

And he achieved more than anyone could have imagined.

Cook not only excelled in school, but also excelled outside of school. Already as a child he had a business acumen. He played trombone in the school band and often performed at school dances, soccer games, parades, and other events where a live band was needed. To pick up some extra work, after school he delivered the local Press-Register newspaper, got a job at a restaurant, and helped his mother at the drugstore.

In his senior year, Cook also found time to work on his high school yearbook, taking on the role of business manager. His job was to do the bookkeeping and solicit advertisers to cover the cost of the publication. In this scrapbook, there is a picture of the entire publishing team wearing matching sweatshirts with the caption “Got yours?” – is probably an appeal to students to buy a copy for themselves. Cook – he’s in the very center in the foreground – is laughing about something.

The scrapbook indicates that a record was set that year for the number of copies sold and advertising orders – not without Cook’s contribution, of course.

Several jobs and the management of a school project had already given Cook invaluable experience and laid the foundation for a rigorous work ethic and a keen business sense that he would later develop.

Responsibility for the problems

2013 began with a spoonful of tar: the stock plummeted 12%. Apple continued to be the world’s most expensive company, and Cook wanted to consolidate that position by targeting the Chinese smartphone market, one of the world’s fastest-growing markets. Under his leadership, Apple began making major investments in China: a new online store was opened, agreements were made with Chinese shipping companies, and branded retail stores appeared.

Soon Apple was forced to apologize to Chinese customers because of months of criticism in the press. It was about the rules of the warranty. Fans of the brand in China were disappointed that in case of malfunction of iPhones with a valid warranty Apple offers them only repairs, rather than replacement with a new or refurbished device, which was already accepted in other markets. The company was also scolded for only offering a ninety-day warranty on replacement parts, rather than a full year as required by local law.

“We sincerely apologize for this misunderstanding and for the trouble we caused consumers,” Cook wrote in a letter to Apple fans.

The company changed its warranty policy. Customers in China have begun replacing faulty phones, and Cook promised to inform local retailers about the change to avoid any controversy over it.

It was another example of Cook’s willingness to apologize and personally accept responsibility for problems that others-including his predecessor-have refused to accept. This behavior was perceived by his subordinates as a display of leadership qualities and a role model.

Prepared from the books:
– Connecting the Dots,
– Principles,
– Tim Cook

The post “Hang on to the Rod!” or How Leaders Act appeared first on Business.