Hitting the Books: Why lawyers will be essential to tomorrow’s orbital economy 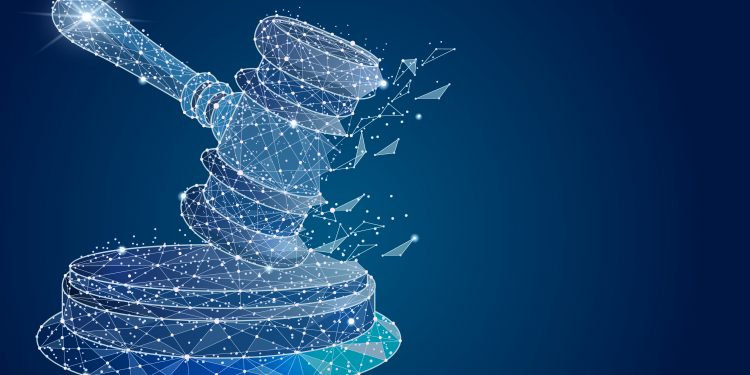 The skies overhead could soon be filled with constellations of commercial space stations occupying low earth orbit while human colonists settle the Moon with an eye on Mars, if today’s robber barons have their way. But this won’t result in the same freewheeling Wild West that we saw in the 19th century, unfortunately, as tomorrow’s interplanetary settlers will be bringing their lawyers with them.

In their new book, The End of Astronauts: Why Robots Are the Future of Exploration, renowned astrophysicist and science editor, Donald Goldsmith, and Martin Rees, the UK’s Astronomer Royal, argue in favor of sending robotic scouts — with their lack of weighty necessities like life support systems — out into the void ahead of human explorers. But what happens after these synthetic astronauts discover an exploitable resource or some rich dork declares himself Emperor of Mars? In the excerpt below, Goldsmith and Rees discuss the challenges facing our emerging exoplanetary legal system.

Almost all legal systems have grown organically, the result of long experience that comes from changes in the political, cultural, environmental, and other circumstances of a society. The first sprouts of space law deserve attention from those who may participate in the myriad activities envisioned for the coming decades, as well, perhaps, from those who care to imagine how a Justinian law code could arise in the realm of space.

Those who travel on spacecraft, and to some degree those who will live on another celestial object, occupy situations analogous to those aboard naval vessels, whose laws over precedents to deal with crimes or extreme antisocial behavior. These laws typically assign to a single officer or group of officers the power to judge and to inflict punishment, possibly awaiting review in the event of a return to a higher court. This model seems likely to reappear in the first long-distance journeys within the solar system and in the first settlements on other celestial objects, before the usual structure of court systems for larger societies appears on the scene.

As on Earth, however, most law is civil law, not criminal law. A far greater challenge than dealing with criminal acts lies in formulating an appropriate code of civil law that will apply to disputes, whether national or international, arising from spaceborne activities by nations, corporations, or individuals. For half a century, a small cadre of interested parties have developed the new specialty of “space law,” some of which already has the potential for immediate application. What happens if a piece of space debris launched by a particular country or corporation falls onto an unsuspecting group of people or onto their property? What happens if astronauts from different countries lay claim to parts of the moon or an asteroid? And most important in its potential importance, if not in its likelihood: who will speak for Earth if we should receive a message from another civilization?

Conferences on subjects such as these have generated more interest than answers. Human exploration of the moon brought related topics to more widespread attention and argument. During the 1980s, the United Nations seemed the natural arena in which to hash them out, and those discussions eventually produced the outcomes described in this chapter. Today, one suspects, almost no one knows the documents that the United Nations produced, let alone has plans to support countries that obey the guidelines in those documents.

Our hopes for achieving a rational means to define and limit activities beyond our home planet will require more extensive agreements, plus a means of enforcing them. Non-lawyers who read existing and proposed agreements about the use of space should remain aware that lawyers typically define words relating to specialized situations as “terms of art,” giving them meanings other than those that a plain reading would suggest.

For example, the word “recovery” in normal discourse refers to regaining the value of something that has been lost, such as the lost wages that arise from an injury. In more specialized usage, “resource recovery” refers to the act of recycling material that would otherwise go to waste. In the vocabulary of mining operations, however, “recovery” has nothing to do with losing what was once possessed; instead, it refers to the extraction of ore from the ground or the seabed. The word’s gentle nature contrasts with the more accurate term “exploitation,” which often implies disapproval, though in legal matters it often carries only a neutral meaning. For example, in 1982 the United Nations Convention on the Law of the Sea established an International Seabed Authority (ISA) to set rules for the large portion of the seabed that lies beyond the jurisdiction of any nation. By now, 168 countries have signed on to the convention, but the United States has not. According to the ISA’s website, its Mining Code “refers to the whole of the comprehensive set of rules, regulations and procedures issued by ISA to regulate prospecting, exploration and exploitation of marine minerals in the international seabed Area.” In mining circles, no one blinks at plans to exploit a particular location by extracting its mineral resources. Discussions of space law, however, tend to avoid the term “exploitation” in favor of “recovery.”