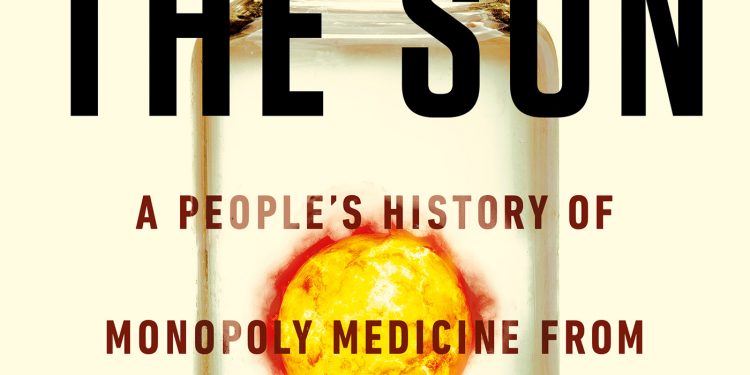 Americans pay two and a half times more for their prescription drugs than residents of any other nation on Earth. Though generic versions of popular compounds accounted for 84 percent of America’s annual sales volume in 2021, they only generated 12 percent of the actual dollars spent. The rest of the money pays for branded drugs — Lipitor, Zestril, Accuneb, Vicodin, Prozac — and we have the Reagan Administration in part to thank for that. In the excerpt below from Owning the Sun: A People’s History of Monopoly Medicine from Aspirin to COVID-19 Vaccines, a fascinating look at the long, infuriating history of public research being exploited for private profit, author Alexander Zaitchik recounts former President Reagan’s court-packing antics from the early 1980s that helped cement lucrative monopolies on name-brand drugs.

Copyright © 2022 by Alexander Zaitchik, from Owning the Sun: A People’s History of Monopoly Medicine from Aspirin to COVID-19 Vaccines. Reprinted by permission of Counterpoint Press.

When Estes Kefauver died in 1963, he was writing a book about monopoly power called In a Few Hands. Early into Reagan’s first term, the industry must have been tempted to publish a gloating retort titled In a Few Years. Between 1979 and 1981, the drug companies did more than break the stalemate of the 1960s and ’70s — they smashed it wide open. Stevenson-Wydler and Bayh-Dole replaced the Kennedy policy with a functioning framework for the high-speed transfer of public science into private hands. As the full machinery was built out, the industry-funded echo chamber piped a constant flow of memes into the culture: patents alone drive innovation… R&D requires monopoly pricing… progress and American competitiveness depend on it… there is no other way…

In December 1981, the drug companies celebrated another long-sought victory when Congress created a federal court devoted to settling patent disputes. Previously, patent disputes were heard in the districts where they originated. The problem, from industry’s perspective, was the presence of so many staunch New Deal judges in key regions like New York’s Second Circuit. These lifetime judges often understood patent challenges not as threats to property rights, but as opportunities to enforce antitrust law. Local circuit judges appointed by Republicans could also be dangerously old-fashioned in their interpretations of the “novelty” standard. By contrast, the judges on the new patent court, named the Court of Appeals for the Federal Circuit, were appointed by the president. Reagan stuffed its bench with corporate patent lawyers and conservative legal scholars influenced by the Johnny Appleseed of the Law and Economics movement, Robert Bork. Prior to 1982, federal district judges rejected around two-thirds of patent claims; the Court of Appeals has since decided two-thirds of all cases in favor of patent claims. Reagan’s first appointee, Pauline Newman, was the former lead patent counsel for the chemical firm FMC.

The Supreme Court also contributed to the industry’s 1979–1981 run of wins. When Reagan entered office, one of the great scientific-legal unknowns involved the patentability of modified genes. Similar to the uncertainty around the postwar antibiotics market—settled in the industry’s favor by the 1952 Patents Act — the uncertainty threatened the monopoly dreams of the emergent biotechnology sector. The U.S. Patent Office was against patenting modified genes. In 1979, its officers twice rejected an attempt by a General Electric microbiologist to patent a modified bacterium invented to assist in oil spill cleanups. The GE scientist, Ananda Chakrabarty, sued the Patent Office, and in the winter of 1980 Diamond v. Chakrabarty landed before the Supreme Court. In a 5–4 decision written by Warren Burger, the Court overruled the U.S. Patent Office and ruled that modified genes were patentable, as was “anything under the sun that is made by man.” The decision was greeted with audible exhales by the players in the Bayh-Dole alliance. “Chakrabarty was the game changer that provided academic entrepreneurs and venture capitalists the protection they were waiting for,” says economist Öner Tulum. “It paved the way for a more expansive commercialization of science.”

But the industry knew better than to relax. It understood that political victories could be impermanent and fragile, and it had the scar tissue to prove it. Uniquely profitable, uniquely hated, and thus uniquely vulnerable — the companies could not afford to forget that their fantastic postwar wealth and power depended on the maintenance of artificial monopolies resting on dubious if not indefensible ethical and economic arguments that were rejected by every other country on earth. In the United States, home to their biggest profit margins, danger lurked behind every corner in the form of the next crusading senator eager to train years of unwanted attention on these facts. Not even Bayh-Dole, that precious newborn legislation, could be taken for granted. This mode of permanent crisis was validated by the return of a familiar menace in the early 1980s. Of all things, it was the generics industry, an old but weak enemy of the patent-based drug companies, that reappeared and threatened to ruin their celebration of achieving dominance over every corner of medical research and the billions of public dollars flowing through it.

As late as the 1930s, there was no “generic” drug industry to speak of. There were only big drug companies and small ones, some with stature, others obscure. They both sold products that were, in the parlance of ethical medicine, “nonproprietary.” To be listed in the United States Pharmacopeia and National Formulary, the official bibles of prescribable medicines, drugs could only carry scientific names; the essential properties of a good scientific name, according to the first edition of the Pharmacopeia, were “expressiveness, brevity, and dissimilarity.” The naming of drugs and medicines formed the other half of the patent taboo: branding a drug evidenced the same knavishness and greed as monopolizing one. The rules of “ethical marketing” did permit products to include an institutional affiliation—Parke-Davis Cannabis Indica Extract, or Squibb Digitalis Tincture—but the names of the medicines themselves (cannabis, digitalis) did not vary. “The generic name emerged as a parallel form of social property belonging to all that resisted commodification and thereby came to occupy a central place in debates about monopoly rights,” writes Joseph Gabriel.

As with patents on scientific medicine, the Germans gave the U.S. drug industry early instruction in the use of trademarks to entrench market control. Hoechst and Bayer broke every rule of so-called ethical marketing, aggressively advertising their breakthrough drugs under trademarks like Aspirin, Heroin, and Novocain. The idea was to twine these names and the things they described in the public mind so tightly, the brand name would secure a de facto monopoly long after the patent expired.

The strategy worked, but the German firms did not reap the benefits. The wartime Office of Alien Property redistributed the German patents and trademarks among domestic firms who produced competing versions of aspirin, creating the first “branded generic.” During the patent taboo’s extended death rattle of the interwar years, more U.S. companies waded into the use of original trademarks to suppress competition. As they experimented with German tactics to avoid “genericide” — the loss of markets after patent expiration — they were enabled by court decisions that transformed trademarks into forms of hard property, similar to the way patents were reconceived in the 1830s.

After World War II, branding and monopoly formed the two-valve heart of a post-ethical growth strategy. The industry’s incredible postwar success — between 1939 and 1959, drug profits soared from $300 million to $2.3 billion — was fueled in large part by expanding the German playbook. While branding monopolies with trade names, the industry initiated campaigns to ruin the reputations of scientifically identical but competing products. The goal was the “scandalization” of generic drugs, writes historian Jeremy Greene. The drug companies “worked methodically to moralize and sensationalize generic dispensing as a dangerous and subversive practice. Dispensing a non-branded product in place of a brand-name product was cast as ‘counterfeiting’; the act of substituting a cheaper version of a drug at the pharmacy was described as ‘beguilement,’ ‘connivance,’ ‘misrepresentation,’ ‘fraudulent,’ ‘unethical’ and ‘immoral.’”

As with patenting, it was the drug companies that dragged organized medicine with them into the post-ethical future. As late as 1955, the AMA’s Council on Pharmacy and Chemistry maintained a ban on advertisements for branded products in its Journal. That changed the year Equanil hit the market, opening the age of branded prescription drugs as a leading source of income for medical journals and associations. “Clinical journals and newer ‘throwaway’ promotional media now teemed with advertisements for Terramycin, Premarin, and Diuril rather than oxytetracycline (Pfizer), conjugated equine estrogens (Wyeth) or chlorothiazide (Merck),” writes Greene. In 1909, only one in ten prescription drugs carried a brand name. By 1969, the ratio had flipped, with only one in ten marketed under its scientific name. In another echo of the patent controversy, the rise of marketing and branded drugs produced division and resistance. By the mid-1950s, an alliance of so-called nomenclature reformers arose to decry trademarks as unscientific handmaidens of monopoly and call for a return to the use of scientific names. These reformers — doctors, pharmacists, labor leaders — made regular appearances before the Kefauver committee beginning in 1959. Their testimony on how the industry used trademarks to suppress competition informed a section in Kefauver’s original bill requiring doctors to use scientific names in all prescriptions. The proposed law reflected the norms that reigned during ethical medicine’s heyday, and would have allowed doctors to recommend firms, but not their branded products. Like most of Kefauver’s core proposals, however, the generic clause was excised. The only trademark-related reform in the final Kefauver-Harris Amendments placed limits on companies’ ability to rebrand and market old medicines as new breakthroughs.