Griffin’s Crypto Pivot? Citadel Securities To Get $1.15 Billion From Outside Investors Including Cryptocurrency Fund 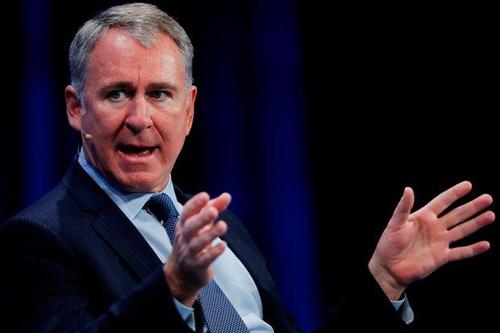 Griffin’s Crypto Pivot? Citadel Securities To Get $1.15 Billion From Outside Investors Including Cryptocurrency Fund

In what may be the clearest sign yet that Robinhood is suffering a huge drop off in activity (and revenue), the company’s de facto HoldCo, Citadel Securities is set to receive its first every outside investment in a deal valuing the electronic-trading firm majority owned by hedge fund billionaire Ken Griffin at around $22 billion, according to the WSJ.

We are proud to announce that Sequoia and Paradigm have made a $1.15 billion minority investment in our firm. https://t.co/EIbWKduS1h

What is remarkable is not only that this was Citadel’s first ever outside investment, but that in addition to legacy venture-capital firm Sequoia Capital, the co-investor of the $1.15 billion in Citadel funding is cryptocurrency investor Paradigm (although the bulk of the cash appears to come from Sequoia whose partner Alfred Lin will join Citadel Securities’ board).

The deal, according to the company, will give Citadel Securities capital to continue expanding globally, and could be a precursor to an initial public offering for the business. The big question, of course, is whether this is also a pivot by Citadel Securities to fully internalize crypto trading and to tear away from Robinhood which after a brief burst in Dogecoin-inspired trading last year, has seen its value as a Citadel retail “feeder fund” collapse.

Citadel Securities, as readers know well, is a separate entity and managed separately from Citadel (although one wonders just how much of a Chinese wall exists between the two divisions), the $43 billion hedge fund on which Griffin built his fortune estimated by Forbes at $21.3 billion. Founded in 2002, Citadel Securities has grown into a global giant that trades equities, options, futures, bonds and other assets, handling about 27% of the shares that change hands in the U.S. stock market each day. Much of that volume comes from processing trades for online brokerages such as Robinhood Markets, which was also instrumental in getting Citadel familiar with the dynamics of retail crypto trading, which it may now be seeking to capitalize on while eliminating the middleman.

Citadel Securities is most notorious for having been accused of masterminding the Jan. 28, 2021, trading restrictions in which brokerages limited customers’ ability to buy GameStop and a number of other stocks. Citadel Securities has denied any role in the trading restrictions, which punctured a huge rally in meme stocks. Still, as the WSJ notes, the episode fueled regulatory scrutiny of the firm and its business practices. SEC Chairman Gary Gensler has floated the idea of banning payment for order flow, the practice in which trading firms pay brokerages such as Robinhood and TD Ameritrade for handling their customers’ orders.

Citadel Securities paid more than $1.1 billion for order flow during the first nine months of 2021, making it the biggest source of such payments. Should PFOF be banned, Citadel will have to sever its relationship with Robinhood, which is why it may be seeking to move the crypto trading business in house completely and is why it is taking capital from a cryptocurrency linked fund.

While Sequoia is one of the country’s largest venture firms with roughly $80 billion under management, and has backed companies including Airbnb and Google before they were publicly traded, Paradigm is strictly focused on crypto and Web3, a reimagining of the internet, areas Citadel Securities is likely to incorporate in the future as they become more regulated.

To date, Griffin has been a crypto skeptic and avoided trading digital currencies in his businesses, but it appears that is now changing.