GOP Sen. Mike Rounds doubles down on saying the 2020 election was fair after Trump calls him a jerk 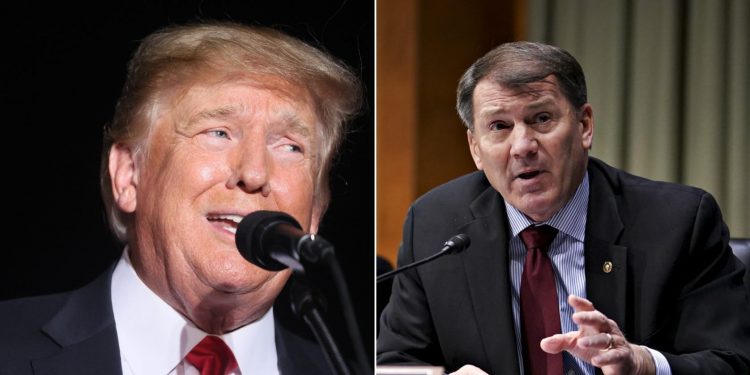 GOP Sen. Mike Rounds of South Dakota said again that he believed the 2020 election was fair after former President Donald Trump lashed out at him for saying it the first time.

Rounds first told ABC’s “This Week” on Sunday that the 2020 presidential election “was fair, as fair as we’ve seen.”

“We simply did not win the election, as Republicans, for the presidency.”

Trump then mocked him, saying he would never again endorse the senator and saying he “went woke.”

“Is he crazy or just stupid?” Trump said in his statement. “Even though his election will not be coming up for 5 years, I will never endorse this jerk again.”

Rounds then doubled down, responding to Trump’s statement with one of his own on Monday. He said he was “disappointment but not surprised” by Trump’s reaction, but stands by his own statement that the election was fair.

“I stand by my statement. The former president lost the 2020 election,” he said.

He added that there was “no evidence of widespread fraud that would have altered the results of the election.”