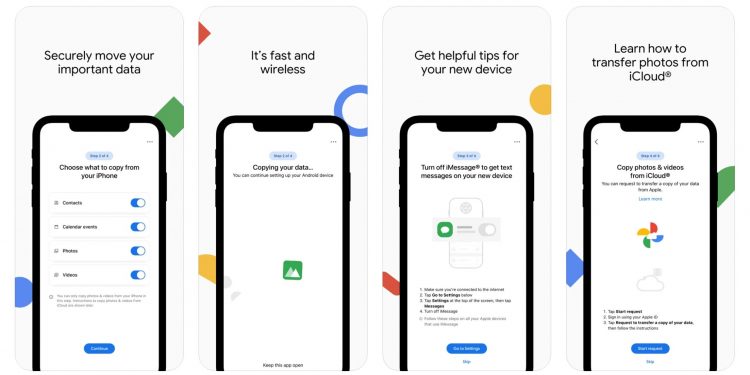 Google has finally countered Apple’s “Move to iOS” app by releasing “Switch to Android” for iOS on the App Store, confirming earlier rumors. As the name indicates, it’s designed to help iPhone and iPad users import contacts, photos, calendars and video to an Android device. It also shows users how to turn off iMessage in favor of Android messaging and transfer photos/videos by connecting to iCloud.

Google dropped the new app without a lot of fanfare, as TechCrunch notes. On its Switch to Android website, the app is still not mentioned and can only be found on the App Store with a direct link — search results still turn up nothing.

The app is a big improvement over the current system, which requires you to back up photos, video, calendar and contacts using the Google Drive iOS app. It was first spotted last summer by 9to5Google in code tucked into Google’s Data Transfer Tool, and seen in a more recent release with the ability to import iCloud video and photos into Google Photos.

Apple’s equivalent app arrived way back in September 2015, so Google certainly took its time responding. “Move to iOS” works in much the same way, helping users import photos, video, messages, contacts and more over to an iOS device. One Android device maker, Samsung, has its own device migration app as well called Smart Switch, helping you switch from an iPhone or other Android device to a Galaxy smartphone. However, it’s only available on Google Play or its own Galaxy store and doesn’t run on iOS.