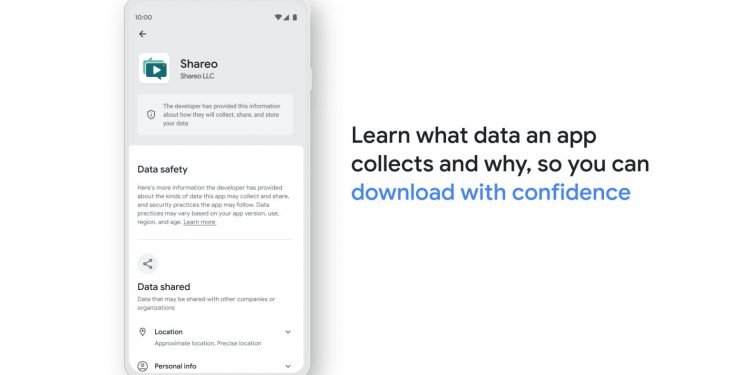 Google today followed in Apple’s footsteps and launched a version of privacy labels for its own apps, with the aim of providing Google Play users with more information about the data that the apps they download are collecting.

First announced back in May 2021, Google’s “Data safety” section will require developers to provide information about how their apps collect, share, and secure user data. Developers will need to offer up the following data:

Users will be able to determine whether the app needs the data to function or if the data collection is an optional feature that can be turned off.

Google says that Data safety information will be available starting today, and all developers will be required to complete this section for their apps by July 20.Tags: Google, Google Play
This article, “Google Launches Privacy Labels for Google Play Apps” first appeared on MacRumors.com