Give your child a computer they’re supposed to take apart 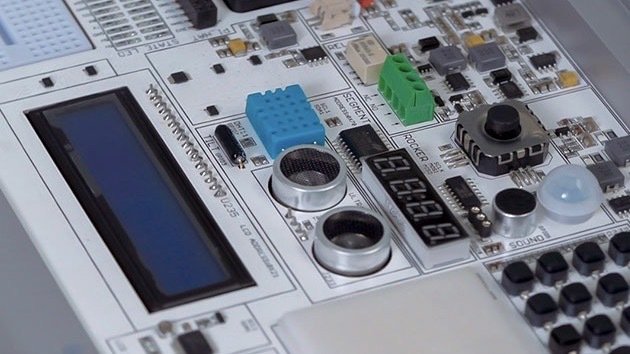 Has your child ever seen your computer and asked how it works? Of course, you might not want to disassemble your laptop, but there could be an alternative that lets your child see a computer’s inner workings, still use it, and learn to code on it. The CrowPi2 is part fully-functioning laptop and part STEM and Raspberry Pi learning platform, and for $319.99 (Reg. $329), it could be your child’s hands-on introduction to STEM.

Another way to put Raspberry Pi to work

The Basic kit contains over 22 onboard sensors and modules, a wireless keyboard, and an 11.6-inch screen with a 1,920×1,080 resolution. It even has a built-in 2MP camera and microphone. So if your child is enrolled in an online school, they could join classes with the same computer they’re using for their own STEM lessons. And speaking of which, this kit comes with over 80 course resources and more than 20 projects to give your little one some educational fun.

Some of the activities your child could do on their CrowPi2 include playing Minecraft, making a piano out of fruit, programming in Arduino, crafting face and speech recognition tools, setting up a light sensor, and more. Though many activities are guided, there’s also room for customization. As your child learns new programming skills, they can pursue their own fun activities. After all, the Raspberry Pi ecosystem offers diversity that can power cool projects other than what the CrowPi2 provides on its own.

Your child might do their school work on the computer, but with this Raspberry Pi-powered device, they could learn from their computer too. For a limited time, get the CrowPi2 All-in-1 Raspberry Pi and STEM Learning Platform Basic Kit for $319.99 (Reg. $329).