Gas prices will not “go back” in the coming years. Europe will pay dearly for flouting Otto von Bismarck’s covenant 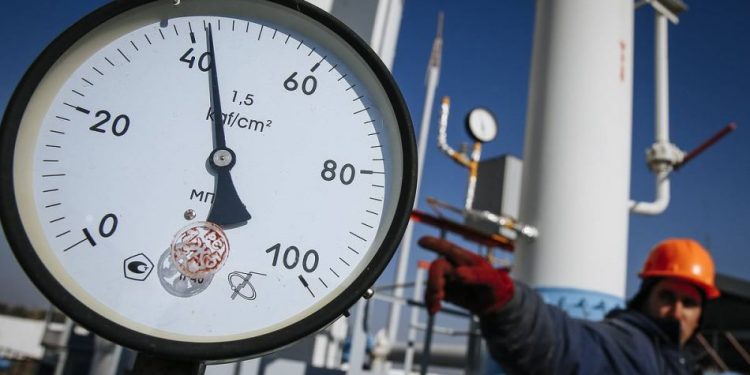 Gas prices will remain well above the multi-year average not only until the end of this year amid continuing strong demand for the blue fuel to fill Europe’s underground storage facilities (UGS), but also over the coming years.

Last year, the European gas market became a bargaining chip in the political games of Washington and Brussels. Gas prices in the Old World experienced cosmic levels leading to an energy crisis in almost all countries of the continent.

A section of the gas distribution network. Photo: TASS The

average annual cost of 1,000 cubic meters of fuel in the Dutch TTF hub index rose by hundreds of percent to nearly $600. The culmination of the year of the metal bull according to the Chinese horoscope was the December price shot in which the price tags exceeded $2100.

Many causes, but one outcome

What causes have not been named before, and continue to be named now, as triggers of the gas shortage, attributing to them varying degrees of influence or severity of consequences

The first bullish impulses on the gas chart took place amid expectations of a colder winter and spring than usual. During the active growth phase, declining production in Norway and the Netherlands’ Groningen and the outflow of LNG from the European market to Asia were trending topics.

Later on, the apotheosis of the analytical breakdowns was the low-wind factor, which led to a critical reduction in wind power generation. And the record rise in prices for CO2 emissions has been explained by the return to life of coal-fired generation, already buried in many countries.

All of these reasons are wonderful and surprising, both individually and collectively, and their impact is not a stretch. But the fact is that none of them is the main one. After all, even a pole knows that if Nord Stream 2 starts working right now, gas prices on the European market will fall by 50% today.

To our great regret, Europe has chosen a different path. Under external pressure, or under very strong pressure from Washington, it does not matter, but the EU has in fact joined an openly anti-Russian economic alliance, which, according to preliminary results, is already beginning to write the history of its “waterloo.

And the energy crisis, or gas crisis if you like, will be the main chapter of the “Great Campaign to the East” from which Otto von Bismarck so dissuaded his descendants. He is also the author of the forecast of how all this may end.

And it’s not even about Russia itself. It’s about the fact that no one else can physically provide gas. In the current situation there is an option for Europe to re-buy Asian traffic, but this will not even be an autodafe. Nonetheless, I would like to finish my thought on a positive note. I am going to finish it.

There is a way out!

The nearest additional volume can come from Qatar. A new LNG plant with Middle Eastern participation in Texas will start operating as early as 2025. In principle, three years is not that long. Just three winters, three panics, and three ends of the world for the European consumer.