Former Georgia Sen. David Perdue says he hates politics and doesn’t have ‘a high opinion of most politicians’ 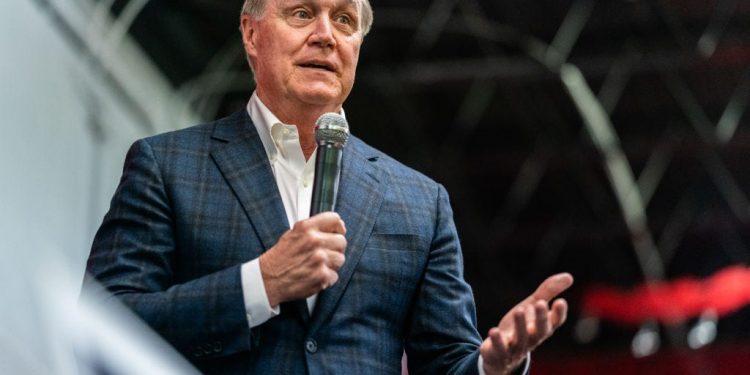 Former Georgia Sen. David Perdue in a recent interview said he hated politics and didn’t have “a high opinion of most politicians,” just weeks after he suffered a loss to Gov. Brian Kemp in the Republican gubernatorial primary.

During a podcast appearance on “The Ben Burnett Show” featuring host Ben Burnett, the former lawmaker and onetime chief executive officer of Dollar General was asked about how his background in international business led him to seek public office.

“It was a humbling opportunity. The most humbling challenge or job I had in my career was being a United States senator because it was about the people in Georgia,” Perdue said.

“What I learned in business was to listen to people,” he continued.

Perdue then remarked that he was not naturally drawn to the political world.

“I hate politics. I hated it before, I hate it now. I don’t have a high opinion of most politicians. I don’t. I don’t,” he said.

Perdue said he was “compelled” to enter politics in 2013 due to his opposition to the economic policies of then-President Barack Obama.

“I went to my cousin,” Perdue told Burnett of former Georgia Gov. Sonny Perdue. “I went to other business guys. I went to people who I respect and I said, ‘You need to run … somebody’s got to run for Senate.'”

He continued: “A couple of them came to me and said, ‘You to need to think about doing this yourself.'”

After initially doubting that he could win, Perdue said he prayed on the decision with his family and then decided to enter the race.

In the 2014 Republican Senate primary, Perdue edged out then-Rep. Jack Kingston by a 51%-49% margin, and defeated Democratic nominee Michelle Nunn by 8 percentage points, 53%-45%, in the general election.

After Donald Trump was elected to the presidency in 2016, Perdue became a staunch legislative ally of the White House.

However, during Perdue’s term in office, Georgia shifted from a red state to one that became much more politically competitive for Democrats.

In November 2020, Perdue came out ahead against his opponent, Democratic nominee Jon Ossoff, but he sat at 49.7% of the vote — just slightly below the majority needed to win the election outright and avoid a runoff.

In the January 2021 runoff, Perdue would go on to lose to Ossoff.

In December 2021, Perdue entered the GOP gubernatorial primary against incumbent Gov. Brian Kemp with the support of Trump, who was incensed that Kemp and Secretary of State Brad Raffensperger had refused to help overturn Biden’s 2020 electoral victory in Georgia.

Ahead of the May primary, Perdue repeatedly questioned the integrity of the 2020 election, while Kemp ran on his record as governor and ultimately won that matchup by a lopsided — 72%-23.5% — margin.