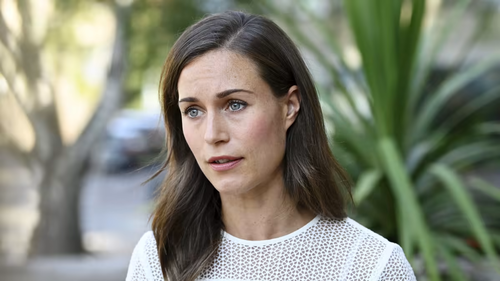 Finnish Prime Minister Sanna Marin has found herself at the center of a bizarre tabloid-fueled “scandal” after days ago multiple videos of the 36-year old head of state were leaked showing her recently partying with friends and local celebrities.

One of the videos purportedly shows her dancing very close-up to a man that’s not her husband, according to Fox News, with the whole spectacle leading to charges from media and the public of “inappropriate” behavior for someone in the nation’s highest office.

Marin has even been accused of being on drugs when the ‘wild’ party videos were taken, something she has firmly denied. Finnish politicians and opposition factions have been behind some of the drug use accusations.

“I did nothing illegal,” Marin said at a Friday press briefing responding to the allegations, according to a translation from the BBC. “Even in my teenage years I have not used any kind of drugs.”

Media coverage of the videos has taken over headlines in Finland and quickly went international, leading to the prime minister agreeing to submit to a drug test, in a highly unusual and unprecedented scenario:

Finland’s prime minister has said she has taken a drug test, after new footage emerged showing the leader dancing with a Finnish popstar.

Sanna Marin, 36, came under fire this week after a leaked video showed her partying, with some politicians saying she should be tested for narcotics.

At a news conference on Friday, Ms Marin said she had taken the test and expects the results next week. The prime minister repeated her denials that she has ever taken drugs.

Many of Marin’s supporters as well as media pundits have charged critics with unwarranted attacks over the party videos simply because she’s a woman.

Strangely (or perhaps entirely to be expected), Russia and Vladimir Putin have even the conversation, with some pundits claiming that pro-Russian “trolls” are primarily responsible for driving the “scandal” into the spotlight.

The claim is that “Russian media accounts” have sought to spread the now viral clips in order to stir fresh domestic controversy at a moment Finland is applying to join NATO.

Russian trolls and far-right populists will go after anything to bring our democracies to their knees… Don’t fall for it !
Keep dancing @MarinSanna and keep fighting Putin !https://t.co/dNYmsXhhVb

“I think my ability to function was really good. There were no known meetings on the days I was partying,” the Finnish leader said in her defense. “I trust that people understand that leisure time and work time can be separated.”

“If someone has kissed me on the cheek, there’s nothing inappropriate or something I can’t handle or tell my husband,” Marin added, commenting on the video where she was seen getting physically close with a pop star.