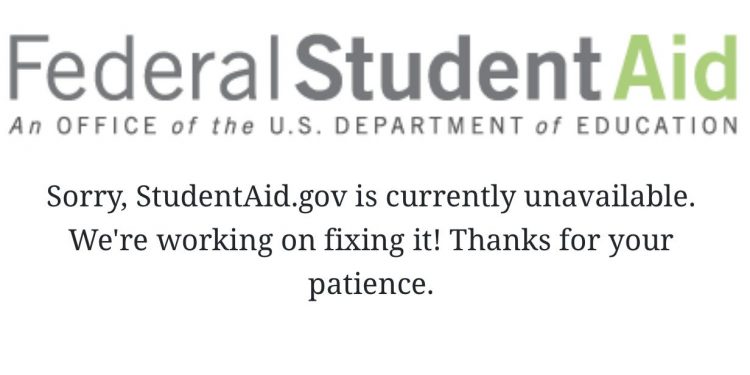 Users had trouble logging into the Federal Student Aid website on August 24.

Student loan borrowers reported frustrating error messages Wednesday as they tried to log in to the Federal Student Aid (FSA) website following President Biden’s decision to forgive up to $20,000 per student.

Not long after the one-time loan forgiveness was announced, tech outage tracker Downdetector began racking up thousands of reports that the FSA website was experiencing an outage.

Of those users, 79% said they were having trouble logging in, while 18% reported that it was the website overall.

President Biden announced on Wednesday the federal government’s plan to forgive up to $20,000 of student loan debt per student earning less than $125,000.

The FSA office acknowledged the high amount of traffic with a message on the homepage.

“A lot of people are interested in our website. As a result, some pages may take longer to display than usual. Thank you for your patience,” the message read.

Those hoping to troubleshoot could call the FSA hotline to speak with a real person for help – but the live chat feature was inaccessible if you couldn’t log in.

Some borrowers went on Downdetector and Twitter to blow off their frustration with the technical issues.

“Can’t enroll in income-driven plan to see if I qualify for loan forgiveness because the site has crashed – not surprised! LOL,” one Downdetector comment read.

“Not surprisingly, the @FAFSA site is down due to high volume,” a Twitter user said. “I personally am not certain about the Pell Grants and whether I had any. It’s been about 10 years and I was a teenager.”