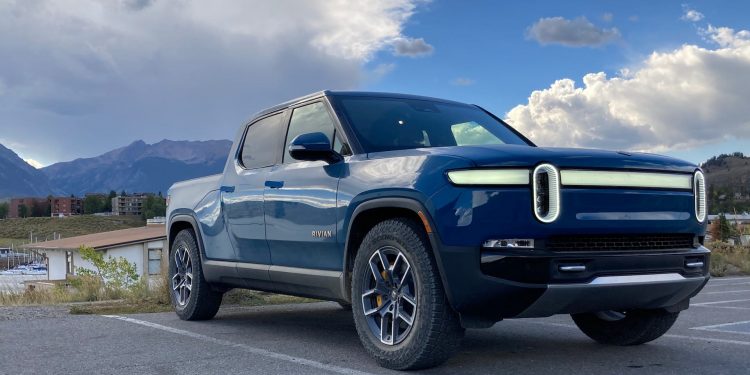 The company started deliveries of its R1T in September.

The company had warned in its third-quarter shareholder letter, published in mid-December, that it might not meet its production targets, which it attributed to supply-chain disruptions.

“We expect to be a few hundred vehicles short of our 2021 production target of 1,200, however, we are encouraged by the progress and learnings our team continues to incorporate into our operations,” Rivian said in the letter, adding that its team was “incredibly focused” on ramping up production output.

The company started deliveries of its R1T in September and its R1S in December. By December 15, it had produced 650 R1Ts and delivered 384, and produced and delivered two R1Ss.

The company had 71,000 preorders in the US and Canada for its R1T and R1S vehicles as of December 15, it said in its shareholder letter. Amazon has also preordered 100,000 of Rivian’s EDV, its upcoming electric delivery vehicle which Rivian had planned to start deliveries of in December.

Rivian’s factory in Normal, Illinois has capacity to produce 150,000 vehicles a year, but the automaker has announced plans to boost this to 200,000.

It’s also opening its second factory, a $5 billion plant in Georgia. When production at the site starts in 2024, Rivian expects it will produce up to 400,000 vehicles annually, though some industry experts say this could be a premature expansion.

The company also announced Monday that Rivian Chief Operating Officer Rod Copes retired in December, The Wall Street Journal first reported. His retirement had been planned for months and his duties have been absorbed by Rivian’s leadership team, a company spokesperson told the Journal.

Rivian went public in a blockbuster IPO in November with a market valuation of nearly $100 billion. The company’s trading debut was the sixth-biggest ever on a US exchange, raising $11.9 billion from its IPO by selling 153 million shares.