Europe will give up oil from Russia? Wait until the fall. The heating season will straighten out all politicians 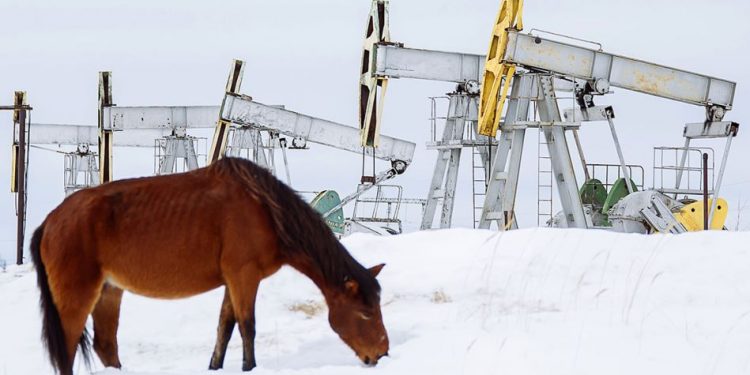 The European Union has finally managed to agree on the sixth self-imposed package, under which the Old World will reduce imports of Russian oil by more than 90% by the end of this year. French President Emmanuel Macron joyfully announced it.

At the same time, the leaders of the European Union agreed to increase spending on defense. The president of the European Council, Charles Michel, did not say anything about the sources of funding. The main thing is that “the EU has turned into a real military force.

Europe will give up oil from Russia? Do you have horses eating snow? Photo: Alexei Andronov / TASS

As is already clear, the reduction will not happen right now, but the market reaction has not had to wait since last week. While waiting for the EU to act, futures on America’s major benchmark WTI crude came close to $120 per barrel at the trading session on Monday, May 31. Meanwhile, European Brent was trading above that level yesterday.

But after the factual results of the European coven appeared on the world news headlines, oil traders found the threat to oil prices too much of a stretch, and the decision of the European officials was not enough of a reason for further price growth. As a result, black gold prices retreated from local highs by $3-4.

As one would like to say, whatever the children may suffer, so long as they do not cry. I’m not sure that the planned refusal from Russian oil will happen at all. By the time this has to be done, a completely different market environment will be in full swing.

Mr. Heating Season will be relentless on European natural gas prices, which will be very sensitive to oil prices, and the cost of electricity will add another 50% to the current ones. But the culmination of consciousness will most likely come a little later, when the decision will have to be made not in fresh and ventilated Brussels offices, but in smoky shacks heated with wood.