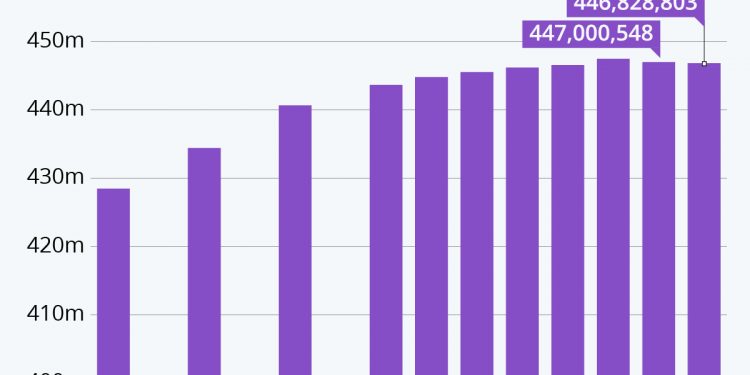 The EU’s population has decreased for the second year running, reflecting the devastating impacts of the coronavirus, according to Eurostat.

While Covid is likely the main contributor to this decline, it’s not the only cause.

You will find more infographics at Statista

The EU has an aging population, with one in five people over the age of 65.

This means the natural change of the EU population is negative. While it’s been that way for about a decade, this decline had been masked by the net positive impact of migration, which was temporarily frozen due to the pandemic’s travel bans.

The data comes as the world nears its 8 billion mark. Despite natural declines in Europe and in several other countries, the world is on the whole seeing numbers continue to climb, albeit at the slowest rate of growth since 1950. India is set to become the most highly populated country on the planet as of 2023, overtaking China, according to the UN. An increasing population means there will be a greater demand for food, water and energy, placing more pressure on the world’s resources.