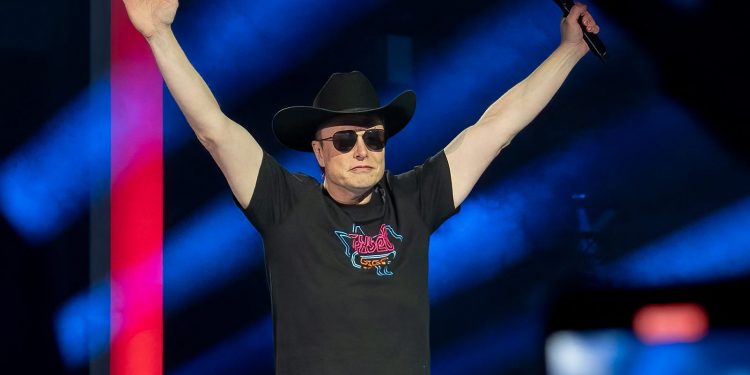 Appearing at his first company-wide meeting at Twitter, the social media platform’s soon-to-be-owner, Elon Musk, mused about aliens, spam accounts, and his plans to grow Twitter’s userbase to 1 billion people.

He also elaborated on why he loves the company enough to buy it for $44 billion.

For the world’s richest person, the acquisition is partly about avoiding what he sees as a negative bias in the mainstream media.

“I think there’s an important role for the media to play but for anyone who’s read a newspaper, it’s coming through quite a negative lens,” he told Twitter employees at the meeting. “How many newspaper articles do you read that are positive and how many that are negative? It’s obviously overwhelmingly negative.”

Twitter, he said, allows people to communicate a message to a broad audience without it passing through the filter of a media organization. According to Musk, traditional media “almost never” gets things right.

“Some people use their hands to express themselves. I use Twitter,” the Tesla and SpaceX CEO said. “I find it’s … the best forum for communicating with a lot of people simultaneously and getting the message directly to people.”

Musk has nearly 100 million followers on Twitter and has long expressed his disdain for the media. In February, he baselessly called a reporter for the Associated Press a “lobbyist, not a journalist.”

In April, Twitter accepted Musk’s offer to take it private in a deal that values it at $44 billion. Since then, the billionaire has cobbled together funding, including from investors like Oracle’s Larry Ellison and a Saudi prince.

But the deal still isn’t done. Earlier this month, Musk threatened to walk away from the negotiating table if Twitter doesn’t provide more details about the number of bot accounts on its platform — something Twitter’s management reportedly agreed to do. A cheaper price, they said, probably isn’t on the table.