Elon Musk says he’ll back out of Twitter deal, but experts say he could face a legal fight and a $1 billion breakup fee 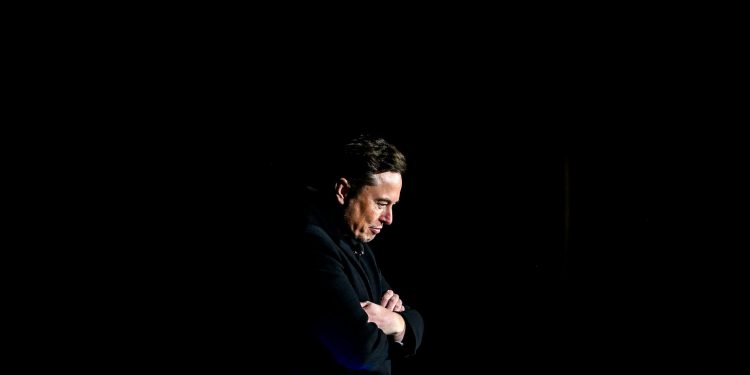 Elon Musk, the CEO of Tesla and SpaceX.

If Elon Musk follows through on breaking his $44 billion agreement to buy Twitter, he could be setting himself up for a big legal fight — and potentially a $1 billion breakup fee.

That’s because he’s already signed on the dotted line to buy the company, which he did after waiving the option to evaluate Twitter’s business in advance. Before the late Friday announcement filed with regulators that said Musk would walk away from the deal, experts told Insider that they didn’t see many ways Musk could get out of the deal without consequences.

Musk has taken issue with Twitter’s assertions that less that 5% of accounts on its service are bots.

Earlier Friday, before the announcement from Musk, Twitter told Insider that it intended to enforce the contract. The company didn’t immediately release a statement in the wake of the news of the breaking of the deal.

Whether there’s a fight brewing remains to be seen.

Contracts are structured to give sellers certainty, with protections built in to ensure the deal goes through, barring any so-called material adverse effects.

Though Musk has raised concerns that the true number of Twitter bots could jeopardize the deal, Delaware courts have imposed a very high bar for what constitutes a “material adverse effect” that would allow a buyer to exit a deal, said Brian Quinn, associate professor at the Boston College Law School. (Many companies are registered in Delaware because of the state’s business-friendly legal system.)

“Generally with these kinds of deals, once you’ve signed the contract, absent government intervention or an over-bidder, or some material adverse event between signing and closing, these deals will close,” Quinn said before the news of Musk trying to cancel the deal, calling a material adverse event a “very hard legal claim to win.”

Twitter’s board has indicated plans for a shareholder meeting this summer to vote on the deal. A date for the vote hasn’t been set yet, Twitter confirmed.

Twitter may have reasons to be open renegotiating, according to Chester Spatt, a professor of finance at Carnegie Mellon University’s Tepper School of Business and a former chief economist at the Securities and Exchange Commission. He commented before the SEC filing from Musk.

“The Twitter folks may think they’re going to prevail in court, but they want to resolve the uncertainty,” he said. “Or they feel that rather than incurring the costs [of a legal battle] that they maybe concede a little bit to help Musk save face.”

Still, some observers are skeptical that a renegotiation is possible. Carl Tobias, Williams Chair in Law at the University of Richmond, told Insider he thinks Twitter will oppose lowering the price given the high value of Musk’s initial offer.

Then, of course, there was always the chance that Musk walked. Tobias said earlier that Musk might have tried to argue that Twitter hasn’t upheld its part of the contract by allegedly misrepresenting how many valid users it has.

McClain took a similar view. “I’m sure he’s paying a lot of lawyers a lot of money to figure out a way to circumvent the ‘ironclad’ document that he signed,” he said.

But this move could come with harsh penalties attached, Karen Woody, an associate professor at the Washington and Lee University School of Law who studies securities law, told Insider earlier this year.

“The short answer is, he’ll be sued,” Woody said. “There’s a contract here, and it’s binding.”

If Musk ends up backing out, Twitter could sue him for the $1 billion termination fee set in the terms of the deal, though as Carnegie Mellon’s Spatt pointed out, $1 billion is less than 2.5% of the entire value of the deal, and a fraction of a percentage of Musk’s fortune.

“If he’s only on the hook for the billion, I think it’s pretty straightforward: He should walk away,” Spatt said. “He should pay the billion and protect his net worth,” Spratt said before the SEC announcement.

But Twitter could also sue him to force the deal through anyway. In that scenario, Twitter would ask a court to enforce what’s known as a “specific performance” clause in deal contracts that requires parties to do what they said they’d do to close the deal. Either way it would result in Musk fighting it out in court.