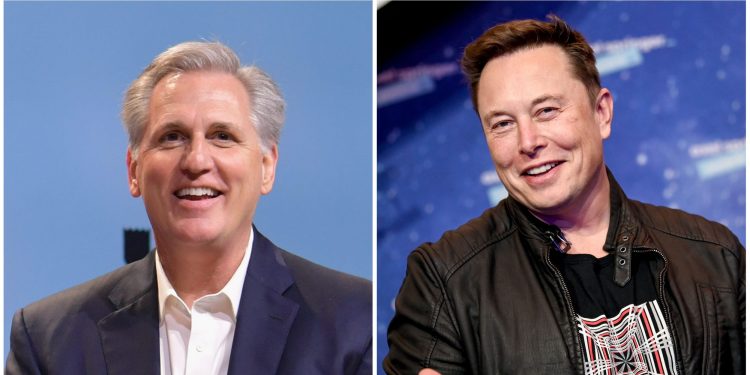 The California Republican’s event will be hosted in GOP Rep. Liz Cheney’s home state on the same day she faces an expected primary loss to her Donald Trump and McCarthy-backed challenger, conservative lawyer Harriet Hageman.

A recent poll from the University of Wyoming revealed only 28% of primary voters support Cheney, the incumbent, while 57% support Hageman.

McCarthy neither confirmed nor denied Musk’s attendance at his event for “members, donors, and candidates.”

“I am not going to talk about that,” McCarthy told Bloomberg in a phone interview.

Musk has SpaceX operations located in McCarthy’s district in Bakersfield, California. The billionaire has recently embraced the Republican party, after years of splitting donations between both major parties. Musk has become increasingly more outspoken on politics and has invested over $128,000 in committees associated with McCarthy.

As an ally of former President Donald Trump, McCarthy has campaigned against Cheney in response to her criticism of Trump and participation in the House January 6 Committee’s investigation of the ex-president.

The fundraising event for the National Republican Congressional Committee and the Congressional Leadership Fund will be hosted at a resort in Teton Village, practically in Cheney’s backyard.