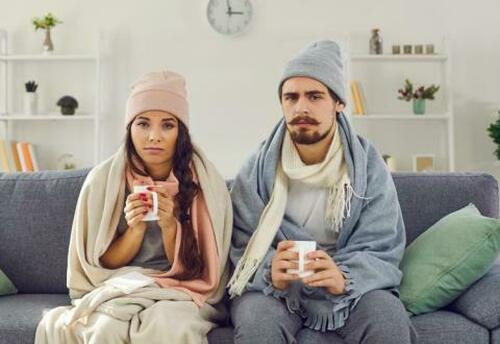 Authored by Doug French via The Mises Institute,

The average card-carrying Austrian would say that the Federal Reserve is creating money by the bale, with evidence being Consumer Price Index prints of 8.6 percent per the Bureau of Labor Statistics or over 15 percent per John Williams’s shadowstats.com computation based on the way the government calculated CPI back in 1980. Surely, at best, the US dollar is only the cleanest dirty shirt in the currency laundry basket.

But Uncle Sam’s dollar continues to strengthen (vis-à-vis other government fiat), with the result being market crashes in … everything.

“People have started to realize that when the dollar goes up, it’s not good for anybody,” Alhambra Investments’ Jeff Snider told Maggie Lake on Real Vision. Snider’s “anybody” doesn’t just mean stock, bond, and crypto punters, but Joe and Jane Lunch Bucket as well.

A strong dollar “really tells you that there’s something really amiss in the global financial system, global economy, and global monetary system,” Snider said, covering all the bases.

So what gives? The dollar’s value is a symptom, and when it goes up, “what that tells you is that there’s tightening in the global monetary system for a variety of reasons, usually self-reinforcing reasons,” Snider explained. Money is tight, markets are risk averse, and a recession is coming forthwith.

With Jerome Powell and company pushing up rates, albeit in the market’s dust, and instituting quantitative tightening, it would seem the Fed is doing the wrong thing at the wrong time, unless the Eccles Building crowd wants to bring the recession to Americans as soon as possible, hoping the downdraft will cleanse the malinvestments that have built up since the post-2008 zero interest rate period and especially the papering over of the covid crash with monetary and fiscal handouts.

There have been inversions along various points of the yield curve “telling us that something is just not right there,” Snider claims. All of this “tells you that the chances of something negative happening have been rising.” And more quickly during the past month. So, while employment numbers have been robust, employees’ 401(K)s, as a recent cartoon depicted, are down to just a K.

Despite what we’re led to believe, the Fed is as political as, well, the Supreme Court, it turns out. Powell’s army of PhD economists only has one gear to play with: the ability to create money at different speeds or hit the monetary brake. Chair Powell can do nothing about supply shocks, like straightening the supply chain, making the unwilling go back to work, or changing China’s covid policy. Monetary magic won’t make this price inflation vanish.

GDP (gross domestic product), for what it’s worth, was negative in this year’s first quarter, but Snider pointed out that last year’s third and fourth quarters were also weak: “Three straight quarters of really low, almost zero numbers.” The ISM Purchasing Managers’ Index has also been nose-diving. Snider pointed out that the ISM level is the same as in 2019 and headed in the same downward direction. Three years ago, the Fed was cutting rates, yet this time they are hiking rates.

According to Snider, the marketplace believes Powell is playing politics, feeling consumers’ pain and “raising rates for reasons that are their own.”

And with that, “there’s that risk of rates continuing to go higher.”

To that end, “if the name of the game is to kill this sort of pernicious supply-side inflation, a recession is the only way we’re going to be able to do it,” Rosenberg told Real Vision.

“The University of Michigan’s closely watched Surveys of Consumers consumer sentiment index slumped to 50.2 in the preliminary June survey, marking the lowest level recorded by the survey, which dates back to the mid-’70s,” reports Yahoo.

For without the anodyne of continuing inflation of money, the distortions and misallocations of production, the overinvestment in uneconomic capital projects and the excessively high prices and wages in those capital goods industries become evident and obvious. It is then that the inevitable recession sets in, the recession being the reaction by which the market economy readjusts itself, liquidates unsound investments, and realigns prices and outputs of the economy so as to eliminate the unsound consequences of the boom. The recovery arrives when the readjustment has been completed.

Chairman Powell is doing his part, so say goodbye to unsound investments.