Dow plummets more than 1,100 points as US stocks crater on growing fears of a recession following weak results from retail giants 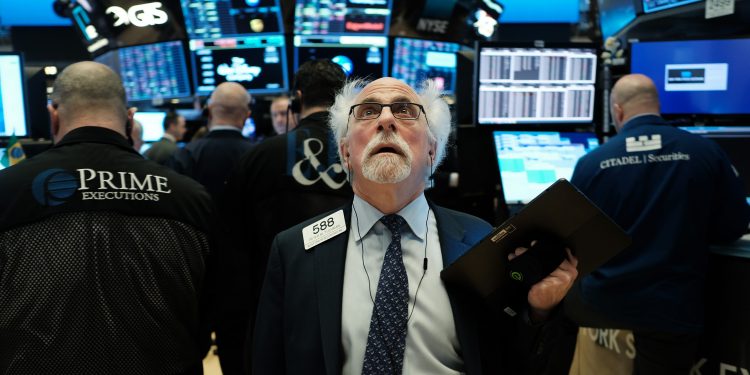 The Dow Jones plummeted more than 1,100 points on Wednesday as stocks tumbled after a first-quarter earnings miss from Target elevated recession fears.

Target stock plunged as much as 28% in Wednesday trades after the retailer reported lower profits than expected. The retailer said a surge in fuel and freight costs weighed on profitability, and expects at least a $1 billion hit to its bottom line this year.

The implosion in Target’s stock follows Walmart’s poor earnings release on Tuesday, which sent its stock plunging more than 11%. While Walmart and Target said a mix of poor-selling inventory and higher input costs hit profits, they both said the consumer still remains on solid footing from their view.

Here’s where US indexes stood at the 4:00 p.m. ET close on Wednesday:

Lowe’s also saw an earnings-related decline on Wednesday, and Home Depot sold off considerably despite it beating earnings estimates on Tuesday. Investors are now pointing to the big earnings misses from retailers as an added sign that an economic recession is imminent.

Jeremy Grantham of GMO said the S&P 500 will fall at least 40% from its peak as a recession begins to take hold amid persistent inflation and slowing economic growth.

Wells Fargo’s CEO said there is “no question” of an economic downturn in the US and a recession looks difficult to avoid. Speaking to the Wall Street Journal’s “Future of Everything Festival” on Tuesday, Charlie Scharf said, “It’s going to be hard to avoid some kind of recession.”

The US has proposed tariffs on Russian oil to limit energy price rises from the EU’s potential embargo as it talks with European allies. The tariff would come into place before the European Union imposes a full ban on Russian oil by the end of this year.

The Kremlin is 90% likely to default within the year, according to ICE Data Services, which tracks insurance on debt meant to protect investors. The probability spiked Wednesday as investors consider the likelihood of the Biden administration blocking bond payments to US creditors.

Tesla was kicked out of the S&P 500 ESG Index on Wednesday following its annual rebalancing as the electric vehicle maker’s ESG score fell below its industry peers. Elon Musk said the decision showed that ESG is a “scam.”

Consumer prices across the UK economy surged by the most in 40 years in April, as rising energy and food bills deepened a cost-of-living crisis that threatens to plunge the country into recession later this year. Year-on-year consumer price index inflation hit 9% in April, the Office for National Statistics said Wednesday, up from 7% in March.